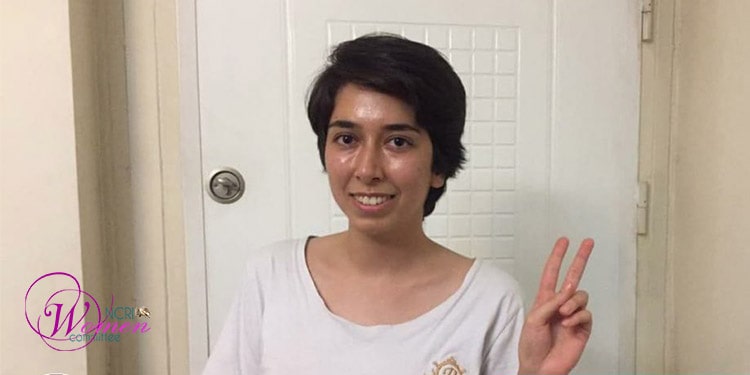 Saba Kord Afshari has been deprived of prison leave for three months.

The authorities of Qarchak Prison have deprived political prisoner Saba Kord Afshari of having a prison leave for three months.

The Disciplinary Council of Qarchak Prison deprived Ms. Kord Afshari of having a prison leave because she protested the lack of boiling water for the prisoners’ use.

In addition, Saba Kord Afshari is very ill, suffering from a stomach ulcer and bleeding, and needs regular medical treatment.

The Disciplinary Council had held its meeting 40 days ago at the request of the prison’s warden, Soghra Khodadadi, and in the absence of Saba Kord Afshari to stop her prison leave for three months. However, Saba was just recently informed of the decision.

This is not the first time Saba Kord Afshari has been subjected to pressure while serving her sentence in Qarchak.

On January 4, 2022, the guards in the visitation hall of Qarchak Prison disconnected her phone before she finished her cabin visit with her father.

Saba Kord Afshari did not leave the visitation hall in protest and demanded to say goodbye to her father. However, prison guards pushed Mr. Kord Afshari out of the hall with disrespect and intimidated him.

Eventually, the deputy warden of Qarchak Prison threatened Saba to deprive her of visits.

Political prisoner Saba Kord Afshari was thus deprived of visits for two weeks beginning on January 15, 2022, based on a directive that she was not allowed to read. The order was issued without being examined by the Disciplinary Council.

Outspoken opponent of the mandatory Hijab deprived of prison leave

Saba Kord Afshari, 23, an outspoken opponent of the mandatory Hijab, was arrested on June 1, 2019. The Revolutionary Court of Tehran handed down a 24-year sentence for Saba Kord Afshari on August 19, 2019.

She was violently moved from Ward 8 to Ward 6 on January 26, 2021, where she later contracted the Covid-19. The relocation of this political prisoner violates the principle of separation of crimes. A dangerous criminal threatened to kill Saba Kord Afshari in Qarchak Prison, by standing outside ward 6 and showing a razor blade to Saba Kord Afshari. The dangerous criminal had been enticed by the prison authorities to do so.