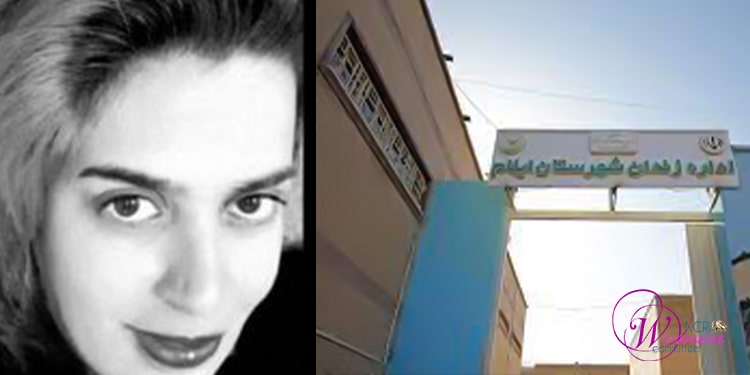 On February 10, 2022, three female prisoners convicted of violent crimes insulted and attacked political prisoner Khadijeh Mehdipour. As a result of this attack, Khadijeh Mehdipour was injured in the eye. The three inmates hired by the Ilam Prison authorities threatened her to continue to harass her.

Khadijeh Mehdipour was beaten while previously denied medical treatment despite repeated headaches and a black spot in her eye.

On January 5, 2022, the authorities sent her to a civic hospital, where she received glasses and eye drops. Ilam Prison authorities, however, have refused to supply the essential medications she had finished and did not hand her the medicine provided by her family.

Agents of the IRGC Intelligence arrested Khadijeh Mehdipour three months ago, on October 10, 2021. Two days later, they transferred Ms. Mehdipour, 34 and a resident of Ivan-e Gharb, to the women’s ward of the Central Prison of Ilam. She has been detained there since in violation of the principle of separation of crimes.

Political prisoner Khadijeh Mehdipour had been arrested once before on October 3, 2020, for her activities on social media. Her sentence was to pay 3 million Tomans in cash.

The Revolutionary Court of Ilam tried her for “propaganda against the state” and insulting Khomeini and Khamenei, the regime’s previous and incumbent supreme leaders. The court handed down a 20-month sentence to her.

The Mehdipour family says Khadijeh, who already suffered from GI problems, is presently experiencing kidney pain because of being detained in bad prison conditions.

In a call home, political prisoner Khadijeh Mehdipour told her family that she had been detained in the quarantine ward for two weeks. Her kidneys were infected because the walls and the floor were damp.