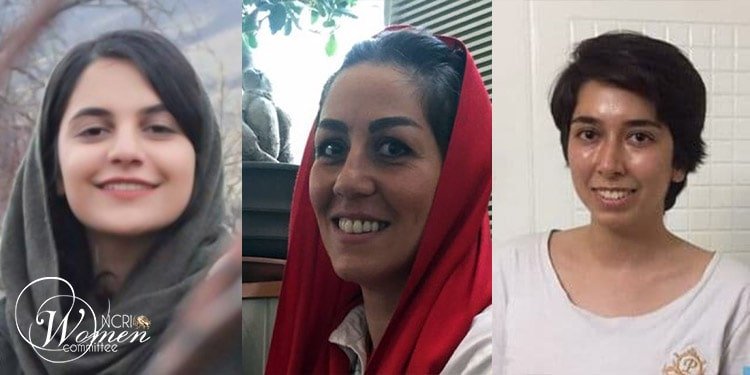 Security and prison officials are increasing pressure on female political prisoners by failing to respect the separation of crimes. During the past few days, political prisoners Saba Kord Afshari and Forough Taghipour in Qarchak Prison in Varamin and Maryam Akbari Monfared in Semnan Prison were subjected to pressures, including beatings and deprivation of medical care.

Saba Kord Afshari was beaten on Sunday, February 20, 2022, by one of the prisoners accused of public crimes.

According to the news from inside Qarchak Prison, at 12:30 pm on February 20, an ordinary prisoner attacked Saba in the prison’s corridor. She grabbed her neck from behind and tried to strangle her. Another inmate helped and rescued her. During all this time, prison officials stood by and watched without taking any action. They had also ignored the verbal conflict between this prisoner and Saba Kord Afshari in the preceding days.

Political prisoner Forough Taghipour, who has contracted Omicron in Qarchak Prison, has been transferred to a very dirty and unsanitary ward. It is very likely that she contracts infectious and skin diseases. An informed source reported: “In this room, which is called the quarantine, they have spread a filthy carpet, the restrooms and the environment are filthy. Despite her critical condition, she is detained in the quarantine room without any facilities.»

Political prisoner Forough Taghipour, 27, has a B.S. in accounting. She is serving a five-year sentence in Qarchak Prison. She was sentenced in mid-December 2021 to an additional 15 months in prison for calling for the boycott of the sham presidential election in June.

She has been under constant harassment by dangerous criminals in this prison, due to the authorities’ failure to observe the principle of separation of crimes.

Political prisoner Maryam Akbari Monfared, serving her 13th year in prison, is in exile in Semnan Prison. Mrs. Akbari has the fatty liver disease but cannot procure and cook the food the doctor has prescribed for her. She has been eating bread and cheese for about a year since she cannot eat prison food.

Prison officials use this leverage to pressure and harass this prisoner as much as possible. So far, the judiciary has not responded to any of the political prisoner’s family pursuits. They also deny the responsibility for her banishment.

Maryam Akbari is the mother of three daughters. She is the only political prisoner held among ordinary and violent prisoners in Semnan Prison, contrary to the principle of separation of crimes.

Omicron spreads in the women’s ward of Urmia Prison

The outbreak of the Omicron virus has become a crisis in the women’s ward of Urmia Prison. Dozens of women have contracted the disease since several days ago. Their conditions have been described as critical.

Two women who had just returned from leave brought the disease with them. The virus spread rapidly in the ward. There are at least 300 female prisoners in the women’s ward of Urmia Prison. The patients are kept next to the rest of the prisoners. The health conditions of four political prisoners have been worse than others. They are Golaleh Moradi, Senor Khalifani, Senor Tamara and Somayyeh Qoraishi. In recent days, two women were also taken to a civic hospital due to dire health and then returned to the quarantine ward.