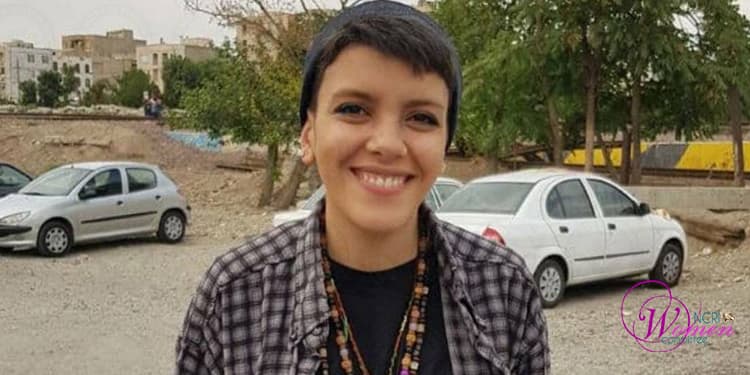 Political prisoner Yasaman Aryani was beaten in the Khachouii Prison

Political prisoner Yasaman Aryani was beaten in the Kachouii prison of Karaj.

A well-informed source inside the prison reported that Ms. Aryani had recently been deprived of the small privileges granted to prisoners for participating in the prison’s cultural activities, including the library and theater. She objected to this and intended to meet with the head of the ward but was beaten by several ordinary women prisoners.

Ms. Aryani was arrested for the second time on April 10, 2019, and transferred to the Vozara Detention Center in Tehran. She and her mother, Monireh Arabshahi, who was arrested the day after her daughter, were transferred to Ward 5 of Qarchak Prison in Varamin.

On August 13, 2019, the Revolutionary Court sentenced them to 16 years in prison on charges of “conspiring to act against national security,” “propaganda against the state,” and “inciting corruption and prostitution.”

The Revision Court later commuted the sentence of this mother and daughter to 9 years and 7 months in prison each.

Political prisoner Yasaman Aryani was transferred from the women’s ward of Evin Prison to Kachouii Prison in Karaj on October 22, 2020, along with her mother, Monireh Arabshahi.

After a period of uncertainty in this prison, she was sentenced to one year on charges of “disturbing public order” and transferred to Evin Prison.

During the arrest, she released a video from inside the police van and announced her name and those arrested with her. Yasaman Aryani was arrested while helping another woman assaulted by police in front of the City Theater.