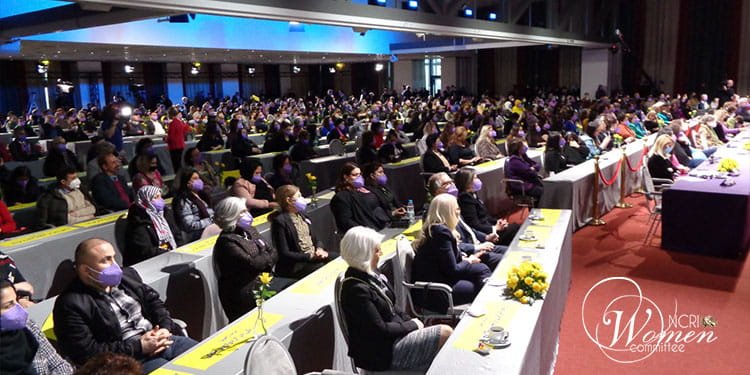 IWD 2022 – International solidarity with the women of Iran, Ukraine

The second part of the report on the International Women’s Day event in Berlin, sponsored by the NCRI Women’s Committee, features remarks by some more of the prominent women who addressed the gathering.

IWD 2022 – International solidarity with the women of Ukraine, Iran

More than 170 political figures from 37 countries attended the conference in person or addressed it online. They expressed support for the struggle of Iranian women for freedom and equality, and solidarity with the women of Ukraine.

Dozens of Iranian women, members of the Resistance Units inside Iran, also sent video messages to the International Women’s Day gathering in Berlin.

The NCRI President-elect called the IWD this year, “the day of the resistance of the women of Ukraine.”

The remarks by two members of the Parliament of Ukraine, who joined the conference from their shelters in Kiyv, were published in the first part.

One of the prominent speakers at the Berlin Conference was Ms. Dominique Attias, the President of the European Law Society Federation as of March 2021. In part of her remarks, she said, “The women of Iran have known for more than 40 years that they could not realize equality without achieving freedom. They are the force for change and real change would be realized in Iran thanks to these brave women. We have seen them in all the demonstrations. Look at all the women who lost their brothers and husbands but did not surrender to the regime. They used every opportunity to stand for justice. Look at the women in the Resistance Units who challenge all the problems.

“Look at your leader, my friend, Mrs. Rajavi, who paves the road to imminent victory. Since the very beginning of this fight, she has said ‘we can, and we must.’ Never give up. Women are the force for change in Iran and the force for global peace and stability.

“Today, the brave women of Ukraine are standing to defend their country and are paying the price. They fight with their children. We stand beside them.

“I hail you for arranging this conference to bring about solidarity among all women. I can see the dawn of a new world in Iran, thanks to you, Maryam Rajavi, and all these Iranian women who will never give up.”

Dominique Attias received the Legion d’Honneur in 2011. She was the first woman to become the vice-batonniere of Paris in January 2016.

The Hon. Michèlle Alliot-Marie, who served as France’s Interior, Defense, Foreign, and Justice Minister (2002-2011) also addressed the Berlin conference. She said in her remarks, “I must say that the testimony by the woman from Ukraine was very shocking. At the same time, it presented the image of these days. It shows how strong women are, and how they bring hope. And you have been doing this for a long time, for many years, and I admire you for your activities.

“This is also, why I especially salute you, Madame Rajavi, and all the women who struggle for freedom and democracy and well-being of all of us. And you are at the heart and center of these values. You represent those values for Iran, for Iranian women, for all the people of Iran. Of course, you represent these values for all women and all the people who suffer from dictatorship and their rights have been violated. Therefore, you are a symbol, a symbol that every woman in every society must-have. Today, I say that every country must consider a greater role for women.

“As a former interior and foreign minister, I would say that the world has never been so dangerous. There are increasing crises in the Middle East, Ukraine, Far East, and Africa. A greater role for women is a key factor. Women should show their full potential and creativity.

“I would like to thank you and thank the Iranian women who never gave up in front of oppressors. I am by your side, Maryam Rajavi. I stand by all Iranian women. They will win because you, Maryam Rajavi, have always been defending the values of freedom and democracy.”

Another prominent speaker at the conference was Dr. Ranjana Kumari from India. Dr. Kumari is the director of the Center for Social Research in New Delhi.

In parts of her remarks, she said, “Our brave, resilient, and defiant sisters in Iran have never succumbed to the misery of life under the mullahs’ religious rule. In contrast to the mullahs’ wish to isolate them at home and deny them their basic rights, Iranian women have never given in to the misogynist regime. They took to the streets at every opportunity and raised their voice against the clerical regime’s oppression.

“Mothers whose children were killed by security forces during the protests have been outspoken, seeking justice for their loved ones, fearing no arrest, imprisonment, or torture. I salute all the courageous mothers!

“Where does this resilience come from? It is derived from their exemplary model who has stood firm and has led this movement. I am referring to my dear sister, Mrs. Rajavi. It is with her ten-point plan that will guarantee democracy and equality, which we all support.

“The efforts of our sisters in Iran to realize freedom are commendable. Without this fight, true equality will never be realized. Mrs. Rajavi, you can always count on me and to the Iranian women, we stand by you, until your ultimate goal, which is to free Iran is realized.”

Dr. Ranjana Kumari was recognized as one of the 100 most influential people in gender policy in 2019. She has worked with the UN as senior gender equality professional.

“The Iranian people and especially women have lived under a religious dictatorship for more than 40 years. Misogyny and discrimination against women in Iran is not a culture, but a function of the regime ruling Iran. Misogyny is advanced through legislation of various laws and enforced by various government agencies.

“While all countries are moving towards equality and more protection of women’s rights, in Iran, the regime is pushing for more suppression of women. Why? Because Iranian women are the force for change and they know that! They have proved it by leading protests and have formed resistance units against the regime.

“Women of Iran will overcome the chains of repression because, in front of them, they have a leader, Mrs. Rajavi, who is guiding them. I have studied her 10-point plan and have come to know her throughout these years and this is what will guarantee democracy. I am a woman of law and I support her cause because her movement sets an example for true equality and fairness by shattering injustices.”

Another prominent dignitary who addressed the IWD conference in Berlin was Maria Candida Almeida. She is the President of the General Assembly of the Portuguese Association of Jurist Women. She said in her remarks, “We are joining you on the occasion of the International Women’s Day because it is important to send a strong message to the women of Iran that although your struggle is very hard you are being supported by people around the world. Your determination to establish a free and democratic country, respecting the rule of law, is a source of inspiration to me, too.

“I joined 470 current and former UN officials, human rights and legal experts in writing to the UN Human Rights Council calling for an international inquiry into the 1988 massacre of thousands of political prisoners in Iran. We asked to end the Iranian regime’s impunity and asked for an international investigation into the 1988 mass executions and enforced disappearances.

“Mrs. Rajavi, your efforts, and your view to continue this struggle until the Iranian people are free are admirable. As you have said, a free and democratic Iran is within reach. This is why we must stand on the right side of history and recognize Maryam Rajavi as the representative of the Iranian people and the NCRI as the alternative to the current regime so the people of Iran can be given a chance to choose their future in an open, free and democratic society.”

Suzanna Ceccardi, a member of the European Parliament from Italy, said in her remarks, “Freedom is an essential right and the price you pay is very heavy. You have the strength to change Iran. Iran’s regime is corrupt. It’s time for the West to stand with Iranians and oppose this dictatorship. Otherwise, what is happening with Russia will happen again.

“This regime is a threat, including a nuclear one. We can’t remain silent. Fighting against the Iranian dictatorship means making the world safer. Today, Iranian women are facing great sacrifice, but they are taking the path of change.”

Ms. Ceccardi is a member of the EP Foreign Affairs Committee.

Another member of the European Parliament from Italy, Ms. Alessandro Moretti also addressed the conference. She said in her remarks, “In the past year, Iran saw an increasing number of protests and uprisings by the disgruntled population all across the country characterized by women’s widespread presence. The most violent and brutal crackdowns on anti-government unrests since 1979, took place in November 2019. In the forefront are the strong and brave mothers of the victims of the November 2019 protests who seek justice for the massacre of their sons and daughters.

“Presently, women are at the frontline of every protest and Europe stands by you and your courage. You, Iranian women, have shouldered the responsibility of bringing about change in your country. You have challenged every threat and every danger and did not give up in these dark years.

“Your courage is amazing. And we, the women of Europe, want to express our solidarity and respect for you. Europe will address the atrocities that take place in Iran against women and your courageous struggle.”

Alessandro Moretti is a member of the Committee on Women’s Rights and Gender Equality in the European Parliament.

This report on the IWD2022 conference in Berlin will be continued.

IWD 2022 – International solidarity with the women of Ukraine, Iran 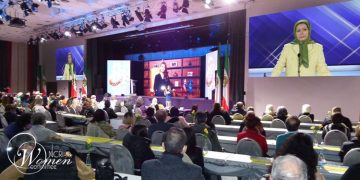 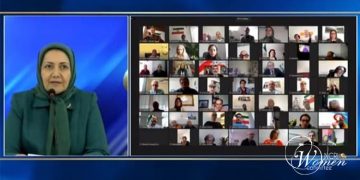 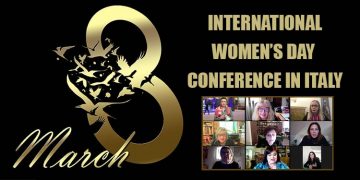 IWD conference in Italy in solidarity with the women of Iran Iranian associations supporting the Iranian Resistance held a virtual conference on Friday, March 5, 2021, to celebrate...

Women in the Iranian Resistance

A conference entitled, “Women Force for Change, Iran Uprising and the Role of Women,” held in Paris on Saturday, February 17, 2018, on the occasion of the International...