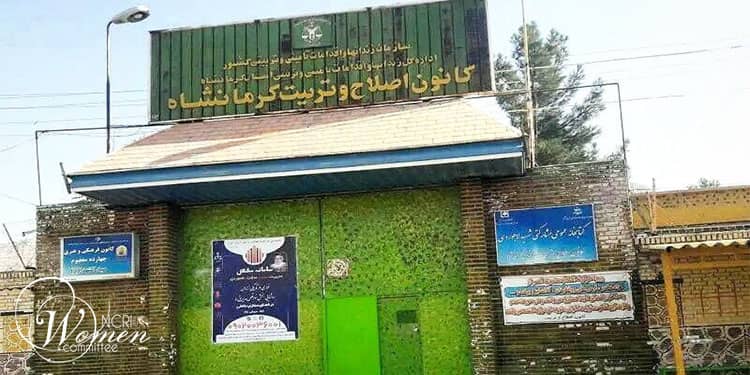 More than 150 prisoners are held in the women’s ward of the Kermanshah Correctional Center without observing the principle of separation of crimes. The detainees are being held on murder, armed robbery, and drug-related charges.

This ward consists of five rooms, several solitary confinement cells, and a quarantine. The number of beds in each room is not based on population. Therefore, many women are forced to sleep on the floor.

This ward has only four toilets and bathrooms. Prisoners also must wash their clothes and dishes in the toilets.

Due to restrictions, some prisoners use the space between the beds as a toilet, adding to the pollution and the stench in the ward. The lack of ventilation despite the high population, the smell of sewage, and the intensity of the gases have made life very difficult for women prisoners. They experience respiratory distress in this space.

Due to poor hygiene, the incidence of vermin, including mice, lizards, and snakes, has increased in this prison, which is a matter that endangers the safety and physical and mental health of prisoners. The presence of rats in the ward has also infuriated the prisoners.

Juvenile offenders are kept in the same place where prisoners accused of violent crimes are detained.

Lack of 24-hour activity and the absence of a general physician in the prison’s infirmary are among the problems women prisoners face in the Kermanshah Correctional Center. There is only one midwife in the infirmary of the women’s ward.

Suppose a prisoner needs medical care for any pain or illness after the closure of the infirmary. In that case, she must wait until the infirmary reopens.

One of the prisoners lost her life due to a lack of medical care.

Low quality of food and water

Another problem for prisoners is the non-standard quality of water and food.

Meals are not regularly distributed to prisoners. The food ration has been significantly reduced, and prisoners often go hungry.

The amount of red meat and chicken is meager in the prisoners’ food. Only two chickens are allocated to 50 to 60 people. The rice is half-cooked and given to the prisoners, along with a few pieces of potatoes. Sand and sometimes pigeon feathers are often seen in the food of women prisoners.

The Prisons Organization has mentioned insufficient budget as the reason for reducing rations.

The head of the women’s ward of the Kermanshah Correctional Center is a woman named Forough Amiri. She is one of the prison officials who harass women prisoners.

According to the prisoners, if a prisoner protests the prison’s deplorable conditions, she will face a case filed by Leila Hassanifar, the Kermanshah Women’s Prison inspector. Yalda Tirandaz is also in charge of the prison’s cultural (inquisition) department.