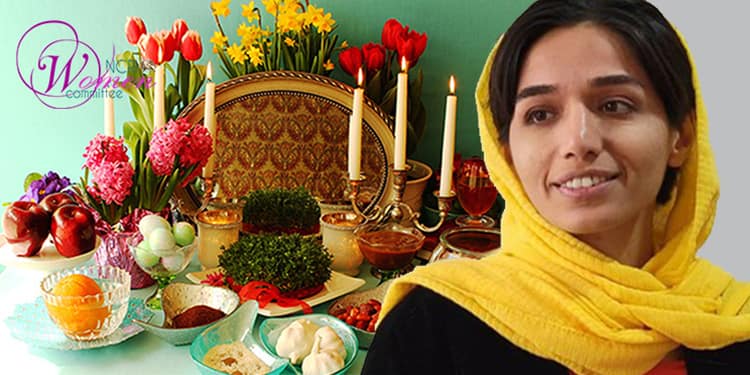 Political prisoner Zahra Mohammadi was deprived of receiving a prison leave for the Persian New Year, Nowruz. The Department of Intelligence of Sanandaj turned down her family’s request for her to spend the Nowruz with her family.

Political prisoner Zahra Mohammadi is currently serving a five-year sentence in the Correctional Center of Sanandaj, the capital of Kurdistan Province. Ms. Mohammadi’s family had requested leave for her for the New Year and Nowruz. The Intelligence Department of Sanandaj, however, rejected the request.

An informed source said the intelligence department had refused to send the Kurdish language teacher on leave, citing the special sensitivities of the Nowruz celebrations in Kurdistan province.

Zahra Mohammadi, 30 and a Kurdish language teacher, was transferred to the women’s ward of the Sanandaj Correctional Center on January 8, 2022, to serve a five-year prison sentence.

In front of the prison, Zahra Mohammadi met a large crowd who had gone to bid her farewell. She expressed her gratitude and in her brief remarks said, “I did not expect that you come here to be in my company as I am going to prison. This is truly heart-warming and I assure you that during all the moments of my prison time, the enemy would regret tying hope to incarcerate me. I thank you again and I reiterate that the enemy would regret tying hope to my incarceration.”

A woman was hanged among 19 executed in Shiraz Prison