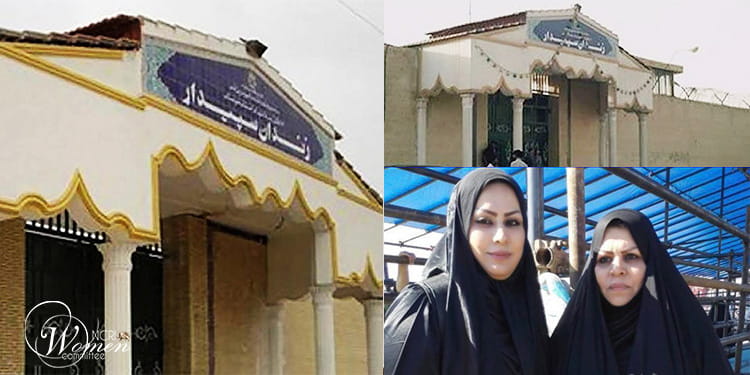 Media activist Yasamin Azan and her mother, Leila Salemzadeh, were arrested at the Intelligence Department of Khorramshahr. Security forces subsequently transferred them to their detention center in Ahvaz and finally to Sepidar Prison in Ahvaz, the capital of Khuzestan Province.

On Wednesday, March 9, 2022, Leila Salemzadeh and her daughter Yasamin Azan reported to the Intelligence Department of Khorramshahr. They were arraigned on their charges of “propaganda against the state.”

The authorities eventually transferred them to Sepidar Prison on March 18, 2022.

According to a source close to the Azan family, security forces went to Yasamin Azan’s house on February 20, 2022, to arrest this media activist and inspect the place. Yasamin was sick with the Covid-19 and resting at home on this date. So, she was instructed to report to the Intelligence Department of Khorramshahr on February 27.

On February 27, after Ms. Yasamin Azan referred to the Khorramshahr Intelligence, she was told that some officials from the Intelligence Department of Ahvaz would come to visit her. However, they did not go, and she returned home.

Finally, on March 9, she was summoned on the phone to the Intelligence Department of Khorramshahr.

Media activist Yasamin Azan, 38, and Leila Salemzadeh, 52, reside in Ahmadabad District of Abadan. Ms. Azan’s Instagram account was blocked after she was arrested.