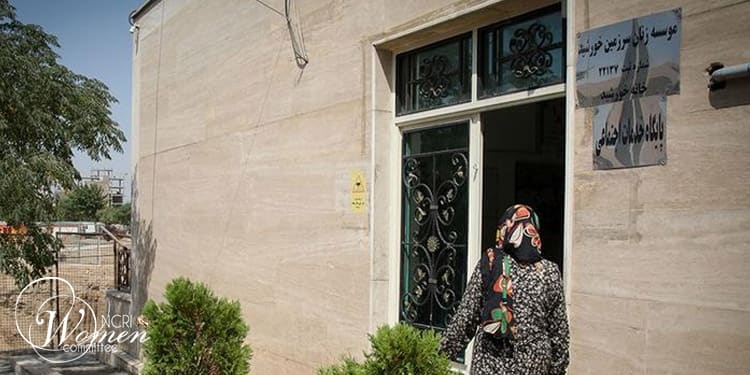 Entrance of the House of Sun

2,500 harmed women lose their shelter with the closure of The House of Sun

The House of Sun, which protects 2,500 harmed women, drug-addicted and homeless women, is being shut down under government pressure.

The House of Sun, a nongovernmental organization (NGO), will close its doors to thousands of harmed women in Tehran’s Darvazeh Ghar District.

Officials of the NGO announced on social media that they would end their work by the end of March 2022. The organization shelters 2,500 harmed women, 600 of whom have recovered.

Very few centers shelter the thousands of drug-addicted, homeless, and harmed women. There are no centers that support and care for mothers and their children.

Shutting down The House of Sun, one of Tehran’s oldest shelters, comes when, according to the National Welfare Organization, there are only 27 shelters in Iran. Each of them can provide services to a maximum of 10 harmed women.

What happened to The House of Sun?

Leila Arshad and Surur Monshizadeh founded The House of Sun in 2007 to support drug-addicted, homeless, and harmed women in Darvazeh Ghar District in south Tehran.

As of 2014, The House of Sun welcomed 100 women and 25 children daily. However, in the late winter of 2014, the center focused on providing social and occupational skills to improve the lives of harmed women who had recovered from addiction and were raising their children.

In an interview with the state-run Hamshahri newspaper, Leila Arshad, Executive Director of the social assistance center, said that given the pressure the center was sustaining, there was no choice but to shut down.

“The restrictions we face are growing daily,” Leila Arshad said. “Decision-making in the area of social ills has changed greatly, and they want to leave social work to large institutions and no longer operate as they did before.”

Referring to the role of relevant organizations in creating such a situation for the affected women, she said they were asked to “leave the particularly harmed ones behind because they will eventually die!”

“One of the problems is that we don’t have Level 1 and Level 2 acts of prevention. Our prevention is Level 3. That means taking action after an accident or injury has occurred. They suggest that we go to Farahzad Valley in the Khalazir area, Azadegan, Darvazeh Ghar, and other places to help addicts. How can addicts be helped there unless they are given food and clothing?” (The state-run Sharghdaily.com – March 2, 2022)

Yasaman Khaleghian, a journalist covering social issues, described the Darvazeh Ghar neighborhood: “You must have heard of the name Darvazeh Ghar… I have no words to explain how the Darvazeh Ghar environment is traumatic, and the people who live in the area are vulnerable. It is a destructive environment full of addicts injecting and taking all kinds of drugs at night, in public, in front of everyone… The absence of a place like The House of Sun means the conditions in this neighborhood are getting more frightening.”

Are there any shelters in Iran?

The lack of shelters to protect victims from the violent environment in Iran is among the thousands of problems that prevent the provision of support to affected women.

Most cities in Iran lack shelters. Where shelters exist, most people are unaware of their locations.

According to Habibollah Massoudi Farid, Deputy Head of Social Affairs at the National Welfare Organization, there are 27 shelters in Iran (The state-run Khabaronline News Agency – July 21, 2022).

Based on this information, the shelters can accept only one out of every 2 million Iranian women over 10.

After the tragedy of Mona Heydari, who was beheaded by her husband and whose body was subsequently paraded in the streets, women are thinking more about what they must do? Many women’s rights activists believe that Mona Heydari’s murder could have been prevented had she had access to a local shelter.

“Not only do we not have a sanctuary, but any one of the houses in the city can be a house of horror,” said a woman who lives in Taybad County in North Khorasan Province. “Not a day or night passes without hearing screams and cries from one of the houses, and we see neighboring women and relatives with bruised eyes and lips.”

One of the characteristics of the mullahs’ misogynistic dictatorship is its hostility toward and conflict with civil society. By establishing a base and handing over the slightest matter to Islamic Revolutionary Guard Corps (IRGC), the regime wants to solve social issues in a military-security manner.

“It is one of the most unprofessional things being done in Tehran… There are currently military, and law enforcement views on the issue believing that these centers should be closed. Centers such as Shush and Harandi should be shut down and taken out of the city. These are unprofessional measures that are being taken” (The state-run ILNA News Agency – March 9, 2022).

The clerical regime in Iran is shutting down and disbanding charities on charges such as “acting against national security.” In March 2021, the regime’s judicial authorities issued an official decree to dissolve the NGO, Imam Ali’s Population.