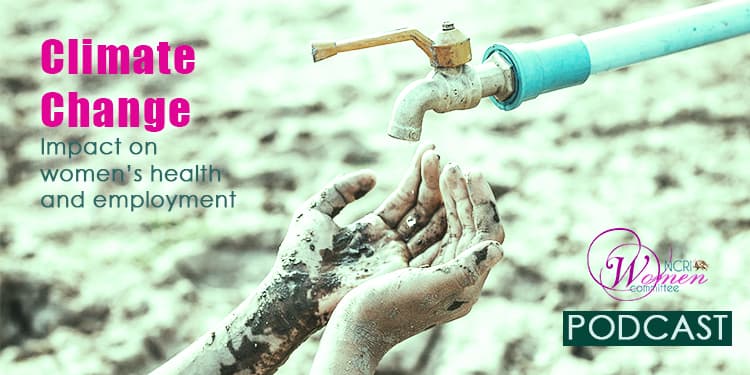 The pamphlet is a report prepared by the NCRI Women’s Committee to the 66th session of the UN Commission on the Status of Women (CSW) in New York in March 2022.

This year’s theme of the CSW was “Achieving Gender Equality and Empowering All Women and Girls in the Face of Climate Change.” CSW calls on countries to provide effective programs and policies to reduce the effects of environmental risks and natural disasters on women’s lives.

The conditions of women in Iran cannot be defined under international norms.

The mullahs have ruled Iran for more than 40 years. They continue their rule not by serving people, but by fully encroaching on the lives and property of the Iranian people and exporting terrorism to other countries.

What exacerbates the impact of climate change and natural disasters in Iran is neither greenhouse gases nor industrial activities, but a complete destruction of the environment through predatory policies and terrorist projects.

We are going to discuss in this episode of our podcasts not only the ways in which climate change has impacted lives of women in Iran but worse, how the Iranian regime’s harmful handling of the natural environment and resources, as well as its inaction at times of disaster have aggravated the impact.