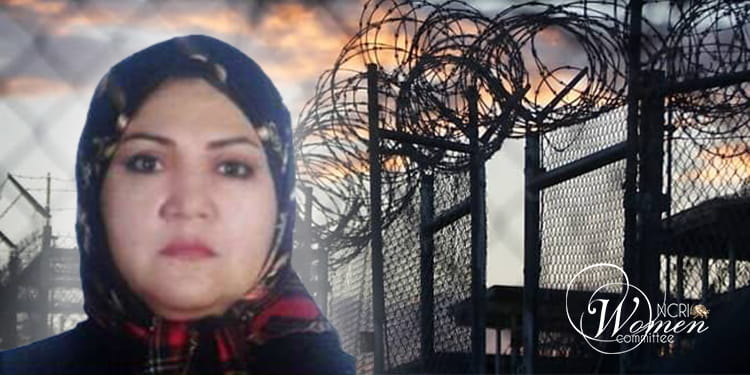 Political prisoner Fatemeh Mosanna was returned to Evin Prison on April 3, 2022, upon Amin Vaziri’s summon and order. Her transfer to Evin Prison occurred while she was in critical health conditions.

Amin Vaziri is the deputy prosecutor in Evin, overseeing the cases of political prisoners.

Fatemeh Mosanna, 53, has been suffering from an intestinal infection, making her incapable of tolerating prison time.

She has also been diagnosed with intestinal fever due to long years of detention under poor food conditions and nervous stress. Fatemeh Mosanna also suffers from liver problems and intestinal colitis.

Mrs. Mosanna was repeatedly transferred to the hospital with fever and severe pain.

Her doctor indicated that she should not be subjected to stress and nervous pressure.

She was also transferred to the prison’s clinic many times in the worst possible physical conditions after fainting due to severe pain. Doctors increased her dose of medication time after time and underlined that her treatment in prison conditions was of no use because of the stress she experienced in prison.

Fatemeh Mosanna received a medical leave on May 5, 2021, but was returned to Evin Prison in dire physical health and without completing her medical treatment.

Why is Fatemeh Mosanna imprisoned?

The Executive Headquarters Implementing Khomeini’s Order has confiscated the only house where her elderly mother and two children live.

The warrant to have them evacuated and their home confiscated was announced in January 2022. The Court of Appeal upheld the ruling, and they were ordered to evacuate their residence.

The family of Hassan Sadeqi, Fatemeh’s husband, filed a complaint about this ruling and told the court that the house belonged to them. Nevertheless, their appeal was turned down, and they were ordered again to leave their home as ruled by the Court of Appeal. So, her family is about to join the millions of homeless people in Iran.

Political prisoner Fatemeh Mosanna was imprisoned in 1981 when she was only 13. Three of her brothers were executed in the 1980s.

On Monday, January 29, 2013, she and her husband and children were arrested for holding a funeral service for her father-in-law, a member of the People’s Mojahedin of Iran (PMOI/MEK). He had died of cancer at Camp Liberty, Iraq. Their house was sealed. A year later, the couple was temporarily released on bail.

They were subsequently sentenced to 15 years in prison and have been in jail since September 30, 2015.