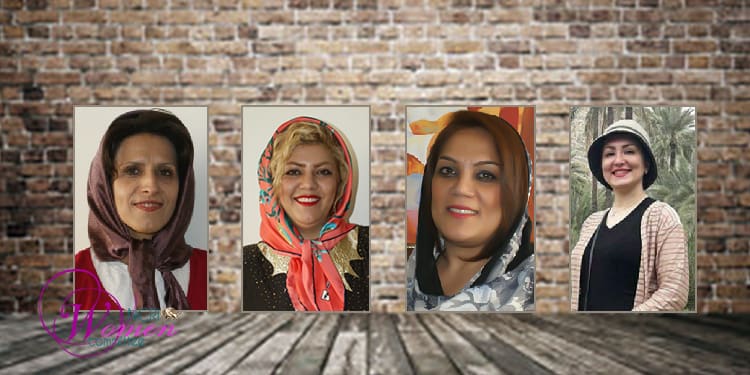 Members of the Voice of Iranian Women Association, Nahid Shaqaqi, Akram Nasirian, Maryam Mohammadi, and Esrin Derkaleh, were called to serve time by the Prosecutor’s Office of Evin Prison.

According to a statement issued on April 3, 2022, these four women’s rights activists must introduce themselves to the Evin Prosecutor’s Office within 30 days.

Sentences for four members of the Voice of Iranian Women

The Revolutionary Court of Tehran sentenced members of the Voice of Iranian Women Association, Nahid Shaqaqi, Akram Nasirian, Maryam Mohammadi, and Esrin Derkaleh to four years and two months imprisonment. Their charges include “assembly and collusion to commit a crime against national security,” “propaganda against the state,” and “committing a forbidden act” by removing their veils.

Their sentences were eventually reduced to two years and three months.

Background on the arrests of the Voice of Iranian Women members

Mmes Nasirian and Shaqaqi had been summoned to the 2nd Branch of the Prosecutor’s Office of Evin Prison on September 4, 2019. On September 8, 2019, both women activists had reported finding out that their bail bonds had increased. They gained their temporary freedom by paying the bail. They were again arrested in April 2019 and detained for a month before being released on bail.

Another member of the Voice of Iranian Women Association, Maryam Mohammadi, was arrested on July 8, 2019, in Garmsar. She was taken to solitary confinement in the Intelligence Ministry Ward 209 in Evin Prison. She was confined for a month in solitary and subsequently transferred to the Women’s Ward. Ms. Mohammadi was a political prisoner in the 1980s. She was arrested in 1981 at the age of 14 and remained in detention until 1989. She has two daughters, 18 and 28 years old.

Esrin Derkaleh, another member of the Voice of Iranian Women Association, was arrested in Garmsar on July 28, 2019, and taken to Ward 209 of Evin Prison. She was born in 1983 and is the mother of a 20-year-old.

A teenage girl under 18 arrested

Parisa Sepahy, 17, was among five citizens arrested in Saqqez, Mahabad, and Piranshahr. Parisa is from Mahabad, northwest Iran. She and four other teenagers were arrested at a house in the Sugar Factory Village of Piranshahr county and then transferred to a detention center. The reasons for their arrest and charges and their fate are yet to be known.