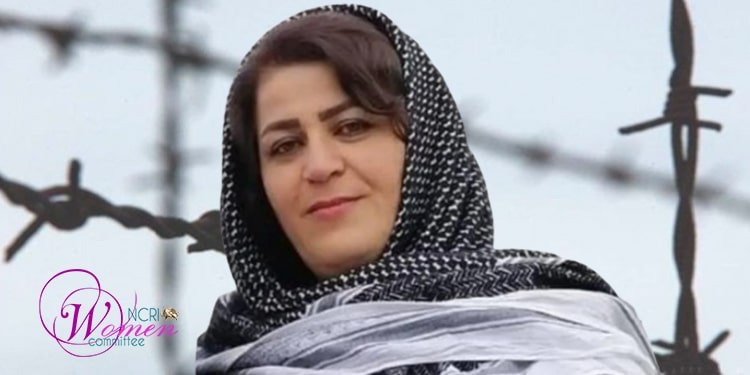 The Revolutionary Guard Corps (IRGC) intelligence forces threatened Kurdish political prisoner Golaleh Moradi with “burning her children with fire” in front of her if she did not confess.

Ms. Moradi sent an audio file in Kurdish from Urmia Central Prison about the torture and pressures on her to obtain forced confessions.

Golaleh Moradi, the mother of two, said in her audio file: “This is Golaleh Moradi from the Urmia Prison. I have been jailed for two years in limbo. I am a victim in this prison without having committed any crime. The Intelligence Department of Piranshahr arrested and transferred me to the IRGC detention center called ‘the hotel.’ They kept me there for 40 days. They interrogated me every day from 9 p.m. until 2 p.m. They tried to terrify me. They threatened my children. They played with the revolver on the interrogation table to scare me. They said, ‘You must talk and confess. We have received reports from you, and you must say that all the reports are right. Otherwise, we will arrest your sons, take them to the basement, and light up a picnic gas under them. Then you sons will see with their own eyes that you will confess.”

In another part of her speech, Ms. Moradi said, “They said ‘it does not matter if you do not confess. We had cases when we arrested someone, and he had not committed murder, but he was forced to confess. They arrested my son, a minor, and forced him to confess against me. Then they forced me to sign and confirm my son’s statements. They also told me, ‘Have mercy on your children and family and confess. Otherwise, we would drag every single member of your family here …’ I was interrogated and tortured in this way for 40 days. Then they filmed me and said that we would disseminate this footage and torture you.”

In the audio file, Golaleh Moradi also mentioned that she was not allowed to see her children. She said, “Please help me, I miss seeing my daughter and children. I miss my granddaughter. I wish to see my mother. When she came to visit me, she could not open her eyes to look at me because she was sobbing. Please, I beg you to prove my innocence to everyone. The whole world should know that I am innocent and a victim here. I have not committed any sin. By God, I had no role in the assassination of that person (Osman Haji Hosseini, a member of the Revolutionary Guards in Piranshahr) …”

A source close to Golaleh Moradi’s family said, “Once they showed her a photo of her son’s hand, his finger had been cut off. Of course, it was a fake photo. They put Golaleh in difficult conditions. She asked first to see her son and make sure he was fine before making any confession. Prison agents blindfolded and tied the hands of Golaleh Moradi’s younger son behind his back and took him to prison. They allowed Golaleh to see him from a distance. Golaleh cried out, ‘Let him come closer and let me see his hand.’ But they did not allow them to see each other from close. They had told her son that he was not allowed to speak while his mother was there. So, Golaleh and her son went through tough conditions.”

Golaleh Moradi was arrested by the IRGC intelligence forces on April 17, 2021, and transferred to Urmia. After 45 days of detention, she was transferred to the women’s ward of the Central Prison of Urmia. Two of Galaleh Moradi’s children, Taher and 14-year-old Matin Bazzazi, were also arrested in this connection but were later released.

Golaleh Moradi, a Kurdish political prisoner, went on a hunger strike in February 2022. She is currently in a deplorable mental and physical condition due to enduring imprisonment, interrogation, and torture. Her family is very concerned about her health.

Former political prisoner to be deported to Iran and re-imprisoned