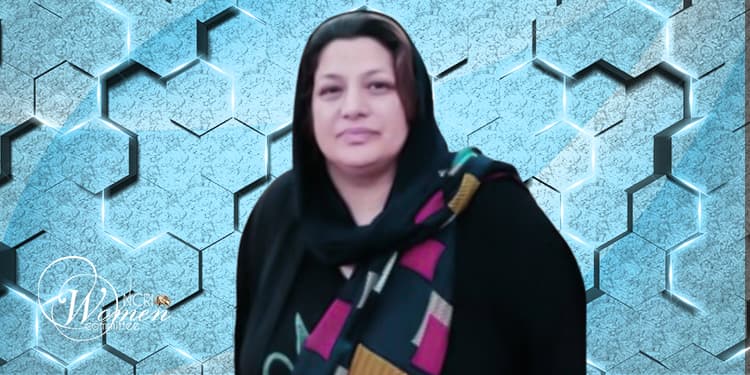 Former political prisoner to be deported to Iran and re-imprisoned

Turkish police arrested Fatemeh Davand, a former political prisoner, on April 7, 2022, and transferred her to the Central Deportation Camp outside the city of Kayseri. She is one of the detainees of the November 2019 Iran protests.

Ms. Davand is currently held at Camp Deport. In a telephone interview, she said, “I was arrested by police for no reason yesterday in a shopping mall in the city of Kayseri. After being transferred to a police station and fingerprinted, I was taken to the Central Deportation Camp outside Kayseri.”

According to Ms. Davand, the relevant authorities did not explain the reason for her arrest and transfer to this center. But given her whereabouts at a refugee deportation center, there is a severe risk that the former political prisoner will be deported to Iran.

Fatemeh Davand, a former political prisoner and mother of three

Mrs. Davand, 44, and mother of three children, was arrested on November 16, 2019, during the protests in her hometown of Bukan against the gasoline price hike.

Intelligence agents took her to the detention center of the Department of Intelligence of Urmia, where she was interrogated for 20 days. She was subsequently relocated to the women’s ward of the Central Prison of Urmia.

After four months of detention, she was temporarily released in early spring, simultaneous with the outbreak of the Coronavirus, on a heavy bail of 1 billion Tomans until her prosecution was completed.

Branch 103 of the Penal Court No. 2 of Bukan tried Fatemeh Davand on February 6, 2020, and sentenced her to five months in prison and 30 lashes for “disrupting public order.”

On May 12, 2020, the First Branch of the Revolutionary Court of Mahabad sentenced her to 5 years in prison for “acting against national security.”

Mrs. Davand reported to the Central Prison of Urmia on August 6, 2020, to serve three years and nine months.

Fatemeh Davand went on hunger strike on November 12, 2020, protesting the prison authorities’ decision not to grant her leave with an electronic leg tag.

Amnesty International said the incarceration of Ms. Davand took place after an unfair trial based on false confessions extracted from her under torture and other ill-treatment.

Amnesty International urged the regime’s officials to release Ms. Davand. AI said she had been imprisoned only for exercising her right to association and gatherings and because of false confessions extracted from her.

Fatemeh Davand, a former political prisoner, was released on parole on November 2, 2021, after serving a third of her sentence and was released from Urmia Central Prison. After her release, she was forced to leave her hometown due to constant pressure from the regime’s security services.

Halimeh Parhiz set on fire by her husband