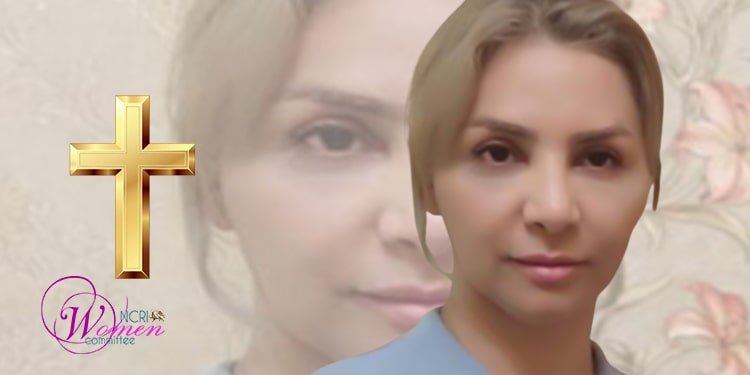 Fariba Dalir, a Christian woman, was sent to Tehran’s Evin Prison on Saturday, April 16, 2022. Tehran’s Revolutionary Court had earlier sentenced her to two years in prison.

The Revolutionary Court of Tehran had sentenced Fariba Dalir to 5 years in prison in November 2021 for managing a Christian church, which was considered an act against national security. Her sentence was later commuted to 2 years imprisonment.

According to Article 13 of the mullahs’ Constitution, Zoroastrian, Jewish, and Christian Iranians are recognized as the only religious minorities who are free to perform their religious ceremonies within the limits of the law. However, any form of publicity for followers of Christianity is practically suppressed.

Christian women and other non-Muslims are no exception to the compulsory hijab that the Iranian regime uses to oppress women under the pretext of Islam.

A Christian woman, Sakineh Behjati, jailed for having a home church

To carry out her prison sentence, Sakineh Behjati, a Christian woman, was transferred to Lakan Prison in Rasht on April 16, 2022.

Ms. Behjati was sentenced to two years imprisonment in August 2020. The charges against this Christian woman are stated as acting against national security through establishing a home church and propaganda against the system through evangelical Christianity.

Saeedeh Khozou’i, a Baha’i woman living in Tehran, was arrested on April 11, 2022, after attending the Evin Prison Prosecutor’s Office. Saeedeh Khozou’i had been summoned to Branch 2 of Evin’s Interrogation earlier in March. Security forces had arrested her in September 2021, but she received a temporary release on bail on October 17, 2021.