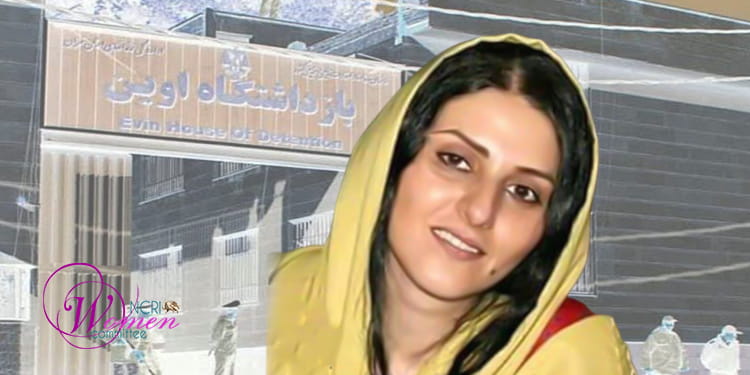 Golrokh Iraee abruptly transferred out of Amol Prison to Evin

Political prisoner Golrokh Iraee was abruptly transferred out of Amol Prison at 5 a.m. on Tuesday, April 19, 2022. Arash Sadeghi, her husband, announced this on his Twitter account.

Arash Sadeghi wrote on Tuesday afternoon, “At 5:00 a.m. this morning, Ms. Golrokh Iraee was transferred from Amol Prison to the Moghaddas Prosecutor’s Office in Evin Prison. There is no information yet on the reasons for her transfer. Since three weeks ago, Ms. Iraee had refused to make phone calls and accept visits because of the prisoners’ deprivation of their minimal rights and the insult and beating of some female prisoners by Amol prison guards during a protest strike.”

No state media or judiciary has published the news of Golrokh Iraee’s abrupt transfer to Evin Prison.

Before this, in July 2021, Golrokh Iraee had texted a message from Amol Prison. She said she would refuse to make any telephone calls or accept visits in her attempt to end the cruel treatment of other female prisoners. “I will refuse to use the telephone or go for visitations, accompanied every time by the guards’ insults until the current miserable condition is ended.”

Ms. Iraee added in her message, “the detainees’ basic rights are offered to them as a privilege accompanied by insults and annoying tone used on them by prison guards.”

Political prisoner Golrokh Ebrahimi Iraee was banished to the Prison of Amol on January 24, 2021. On that day, she had just returned to Qarchak Prison after 43 days of interrogation at the IRGC Intelligence Ward 2A in Evin Prison. But she did not even find the opportunity to take her personal belongings and warm clothing with her.

Branch 26 of Tehran’s Revolutionary Court sentenced Ms. Iraee to 1-year imprisonment in April 2021. Her charge was “propaganda against the state,” which was handed to her by the authorities of Amol Prison.

Golrokh Ebrahimi Iraee was arrested by the Revolutionary Guards Corps (IRGC) Intelligence on September 6, 2014, and her husband and two other activists.

She served three weeks in the IRGC Intelligence Ward 2A in Evin. She was subsequently released on September 27, 2014, on an 80-million toman bail for her activities on Facebook. Then, she was sentenced to 6 years imprisonment on charges of “insulting the sanctities” and “propaganda against the state.”