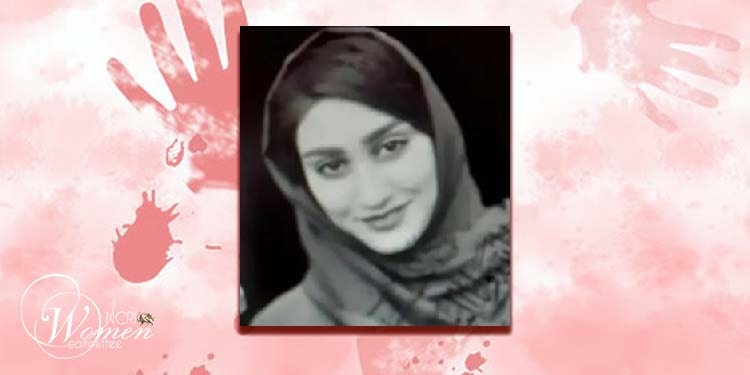 News of two femicide cases was reported in the media within one day. The two victims were both child brides. Many of these tragic and unfortunate cases are kept away from the public. The two child brides murdered by their husbands were identified as Zahra Zeinalpour, 21, and Shiva, 16.

Zahra Zeinalpour, mother of a 3-year-old

Zahra Zeinalpour was cold-heartedly burned to death with gasoline.

Zahra’s husband would bring other women to their house before her eyes and have relationships with them throughout their marriage. Whenever Zahra objected to the situation, she was subjected to violence.

The last time was on April 15, 2022. Zahra objected and said she would tell her family everything. She picked up the phone to call her father.

Her husband emptied a 20-liter container of gasoline on their house. The heater was on, and there was fire everywhere. Zahra burned severely. Zahra was taken to Showt Hospital in West Azerbaijan Province, wrapped inside a blanket when the fire was contained.

There was no hope of survival. The hospital staff said her injuries were very severe. Zahra Zeinalpour died on April 22, 2022.

Zahra’s husband escaped and has not been arrested by the Iranian authorities.

Showt County, where Zahra lived, is counted as one of the most deprived cities in West Azerbaijan Province, northwest Iran.

A 16-year-old girl was murdered by her 21-year-old fiancé for opting out of forced marriage. Shiva was killed on Thursday night, April 21, 2022, in a village near Yasuj, the capital of Kohgiluyeh and Boyer Ahmad Province, southwestern Iran. (The state-run Rokna News Agency – April 22, 2022)

Shiva had engaged to her cousin a while ago. Shiva’s uncle explained the tragic incident: “It was their engagement ceremony a short time ago, but Shiva said she was unprepared to start a life. Moussa (Shiva’s 21-year-old fiancé) was angry over Shiva’s choice, and we were careful about him not making any dangerous decisions. Moussa said he had rented a house, and there was no reason to postpone and delay our new life. That’s why there was a disagreement between them, and they started an argument. Last night, Moussa went to Shiva’s house with a gun he had already supplied. First, he shot Shiva and killed her, and then he shot himself and ended his life.”

The Iranian state media reported on two honor killings in early April. Sara (Razieh) Shadifar, 33, was murdered by her brother in Amol, north Iran. The other was Zinat Mazidi, a 20-year-old woman whose father killed her. Most victims of honor killings are child brides forced into marriage at young age.

Science and Technology University students: The girls' dormitory is a prison ward