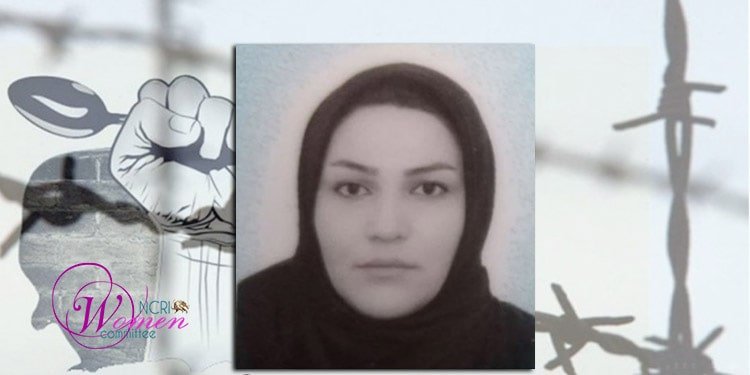 Kurdish political prisoner Soada Khadirzadeh sent an audio file from prison. She said in this audio file: “I have been held, hostage. They want to get a forced confession from me. The security forces even made unethical proposals to me.”

Political prisoner Soada Khadirzadeh comes from Piranshahr, in West Azerbaijan Province. She is married with two children and was one-month pregnant when she was arrested.

Soada Khadirzadeh is in a critical physical condition and suffers from a lumbar disc. She also has a heart problem; nonetheless, the investigator and the prison’s authorities have rejected her request for conditional release even on bail.

In the name of God

This is Soada Khadirzadeh. I have been detained in the women’s ward of Urmia Prison. Seven months after being detained, my physical condition and health are very dire. I am eight months pregnant. Although the necessary medical records have been attached to my file, no action has been taken to secure my release. The people who are my plaintiffs have prevented my freedom, but I am innocent. I am paying the price instead of someone else, and I am held as a hostage.

From the first days of my imprisonment at the detention center of the Intelligence Department, I have been subjected to severe psychological torture. I experienced a lot of disrespect and insults. The security forces even made unethical proposals to me.

I was threatened and forced to make confessions many times even though I did not know anything about the issue. I am innocent. Please be my voice; I have no one to stand up for me. I have been on a hunger strike for two days. My health and my child are at risk. I will continue my hunger strike till my requests are answered.

Please support me; thank you.