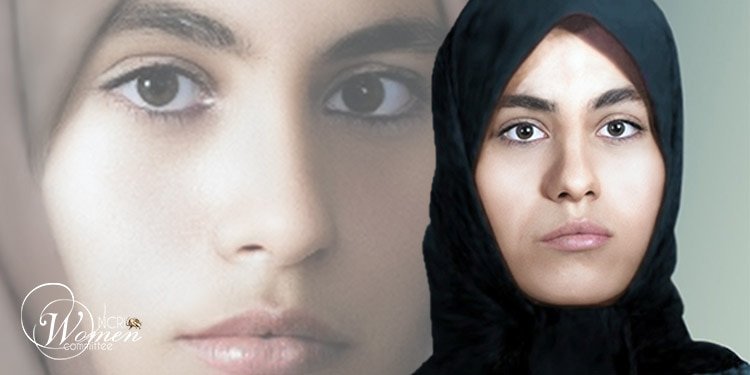 May 2 marks the anniversary of the martyrdom of a group of the most prominent members and officials of the People’s Mojahedin Organization of Iran (PMOI/MEK) in Tehran.

On this day in 1982, Tehran witnessed massive citywide clashes, from east to west and from the north to parts of the city center.

The Iranian Revolutionary Guard Corps (IRGC) attacked dozens of PMOI safehouses where its members were stationed as part of a series of concurrent operations. The clashes continued until midnight.

The IRGC used all sorts of semi-heavy and even heavy weapons. It also attacked from both ground and air, using attack helicopters to fire at the building in which PMOI members resided. The city of Tehran was ablaze with explosions, smoke, and fire that night.

More than 60 men and women members of the PMOI resisted to the very end and died with honor.

One of the most prominent female members and commanders of the PMOI who was martyred during the attacks was Nosrat Ramezani.

Nosrat was born on April 6, 1956, to a middle-class family in Tehran. She had four sisters and four brothers; she was the fifth child.

Nosrat Ramezani was vibrant, full of life, and known to be respectful of everyone. She was also very fond of music and used it to spread her energy and love, affecting other people’s lives.

Nosrat Ramezani attended Hekmat High School on Gorgan Street, Tehran, until the 9th grade. She continued her studies in mathematics at the prestigious Marjan High School.

Given her passion for Engineering Science, she won admission to the School of Mechanical Engineering at Tehran’s University of Science and Technology in 1973.

She was very popular at university. Her classmates loved her because she took the time to help other students. She was an inspiration to everyone, and an impressive figure yet remained modest and humble.

However, everything changed for Nosrat Ramezani when she realized the extent of her people’s poverty and suffering. She could not bear the pain or stop thinking about those deprived people.

At that point, Nosrat decided to turn to the world of politics so she could bring about change for the deprived. Her interests and activities began changing, too. She spent more time participating in group hikes, which she adored, to different mountains and peaks in the city.

She initially became interested in politics in 1971, with the emergence of various anti-Shah political organizations.

Nosrat Ramezani was able to establish a more direct and functional relationship with the PMOI through the university in 1976. She took part in the demonstrations against the Shah’s dictatorship and happily embraced her responsibilities.

Following the Iranian people’s Revolution in 1979, Nosrat Ramezani went on to fulfill important responsibilities within the PMOI’s Student Section. She quickly showed her abilities and was put in charge of one of the High school Branches by late 1980.

On June 20, 1981, Khomeini ordered soldiers to open fire on peaceful protesters and PMOI sympathizers. This is where the Iranian people’s rightful resistance against the clerical regime began.

Nosrat Ramezani continued her journey with greater enthusiasm, even though her responsibilities grew steadily. She developed more perseverance and strength in performing her duties. Meanwhile, she encouraged her comrades and remained positive even when dealing with adversity.

Nosrat Ramezani was most certainly among the most valuable personnel in the PMOI while serving as a shining figure among women freedom fighters in this movement.

On May 2, 1982, amid clashes and attacks, Nosrat managed to resist the clerical regime’s Revolutionary Guards with admirable courage. She was 26 years old at the time.

She had left an extremely powerful impression on the residents of her neighborhood.

For a long time, the people of that area would talk about a “female Mojahed fighter” and her heroism. They referred to her courage in “commanding the scene and taking control of every moment.”

In this uneven but epic battle, Nosrat Ramezani and her legendary husband, Commander Mohammad Zabeti, were martyred with glory. They fought against the regime’s revolutionary guards until the very end.

Other PMOI members, who fought beside them, were also killed. Khomeini and his revolutionary guards were intent on capturing Nosrat Ramezani and other members of the PMOI, but these great warriors did not allow it.

Nosrat’s legacy of gallantry and resilience continues to be passed on to new generations in Iran. Female Resistance Units continue to stand up to the misery of tyranny that the bloodthirsty mullahs have created as part of their willingness to crush freedom.

May our homeland enjoy freedom, and may the people of Iran continue to cherish the strong values of shining figures like Nosrat Ramezani.