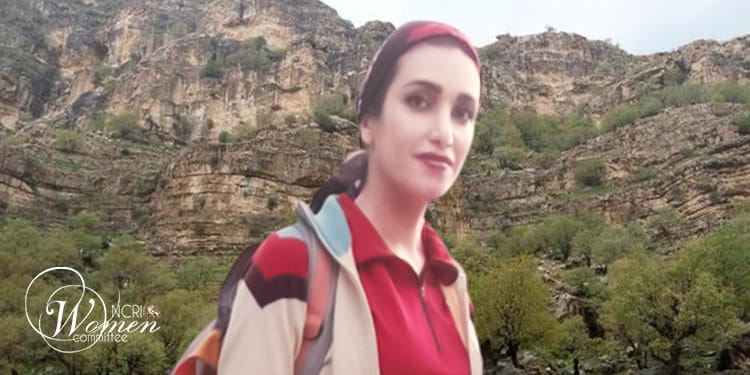 Kurd civil activist Zamaneh Zewyeh, 29, graduated in law from Payam Noor University of Saqqez. She has a 4-year-old child.

Agents of the Department of Intelligence raided Ms. Zewyeh’s residence on January 29, 2022, and arrested her without presenting an arrest warrant. They released her temporarily after 33 days of detention on a 300-million-Toman bail.

During her detention, Zamaneh Zewyeh was deprived of family visits and access to her lawyer.

The Kurd civil activist Zamaneh Zewyeh was also arrested on November 6, 2017, by the intelligence forces in Saqqez. She was accused of supporting the referendum in Kurdistan to establish an independent Kurdish Authority. After three days, she was temporarily released on a bail of 80 million Tomans. Then in December 2017, she received a flogging sentence of 50 lashes plus payment of 1.8 million Tomans in cash on the charge of ”disruption of public order.”

Kurd civil activist Zamaneh Zewyeh shares the same case with Meghdad Hassan-Nejad and Mohammad Salimi. They received 27 months of jail time, of which they were informed on April 28, 2022.

Parvin Abdollah Panah transferred to the Correctional Center of Sanandaj

In another development, Parvin Abdollah Panah, a prominent women’s rights activist in Baneh, Iranian Kurdistan, was transferred to the quarantine ward of the Correctional Center of Sanandaj on April 27, 2022.

Intelligence agents violently arrested Parvin Abdollah Panah and seven other civil activists, including her husband, Hassan Ezati, on April 26, 2022. The agents showed papers of the IRGC Intelligence at the time of the arrest. However, they transferred the detainees to the detention center of the Intelligence Department of Sanandaj.

The arrests took place on the eve of International Workers’ Day when the clerical regime stepped up arrests due to fears of nationwide protests by workers, teachers, and students.

Ms. Kokab Badaghi Pegah is a teacher in the city of Izeh, Khuzestan Province. She was summoned to Branch 12 of the Revolutionary Court on April 21, 2022.

On May 1, 2022, the International Workers’ Day, teachers held nationwide protest rallies in 55 cities and 21 provinces. They demand higher wages to beat poor living conditions and inflation.