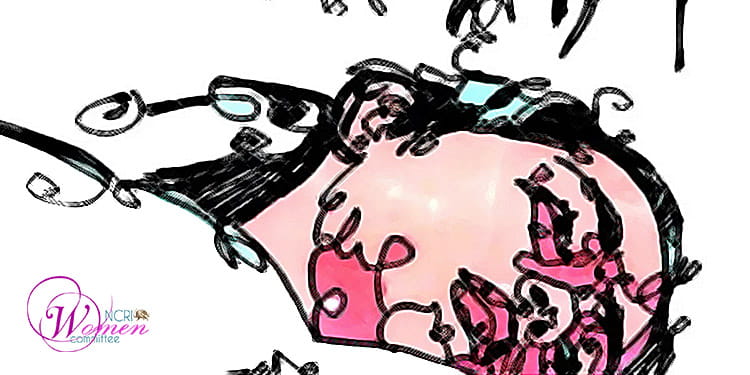 A man set fire to his young sister, Zahra Azizi Ghomsheh, in one of the villages of Kermanshah, western Iran.

The incident happened on May 6, 2022, in the village of Ghomsheh, in the Mahidasht district of Kermanshah. Esmael Azizi Ghomsheh set his sister alight as he suspected she had a relationship with another man. Zahra Azizi Ghomsheh died from burn injuries.

Esmael subsequently shot and killed the man suspected of having an affair with his sister, the man’s father, and another member of their family. Then he committed suicide and took his own life.

The three men killed were identified as Sajjad, Jaafar, and Amir Azizi Ghomsheii.

Zahra Azizi Ghomsheh and the four men were buried in Ferdows Garden Cemetery in Kermanshah on May 8, 2022.

Kurdish news agencies, including HENGAW, noted that they could not publish the details because of the extreme violence in the photos!

Honor killings in Iran are repeated every day and week

The news of two honor killings on April 23, 2022, again hurt the Iranian people’s conscience. The two child brides murdered by their husbands were identified as Zahra Zeinalpour, 21, and Shiva, 16.

In early April, the Iranian state media also reported on another two honor killings. Sara (Razieh) Shadifar, 33, was murdered by her brother in Amol, north Iran. The other was Zinat Mazidi, a 20-year-old woman whose father killed her.