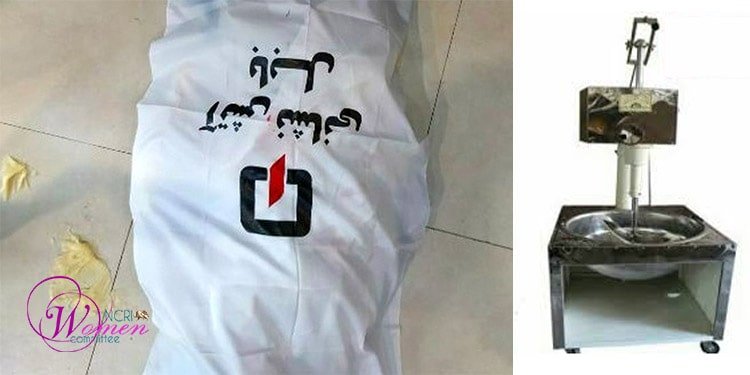 A female worker, 40, lost her life when dragged into a confectionary machine. The incident happened in a patisserie in Babol, Mazandaran Province, northern Iran.

The Fire Department of Babol announced the accident occurred on the morning of May 8, 2022. Rescue workers attending the scene found out that a piece of the victim’s clothes had been stuck in the machine, and pulled her in. Unfortunately, she suffocated at once and lost her life.

A similar incident happened in November 2021 in a textile factory located in east Semnan.

Marzieh Taherian was working with a ring-spinning machine in the Kavir Semnan Textile Factory when this horrendous accident happened on November 6, 2021. The factory is located in the Industrial Township of Semnan, in east-central Iran.

Marzieh Taherian was only 21 years old. Her fellow workers said initially her head covering was stuck in the machine, but immediately afterward her head was also pulled in. (The state-run ILNA – November 7, 2021)