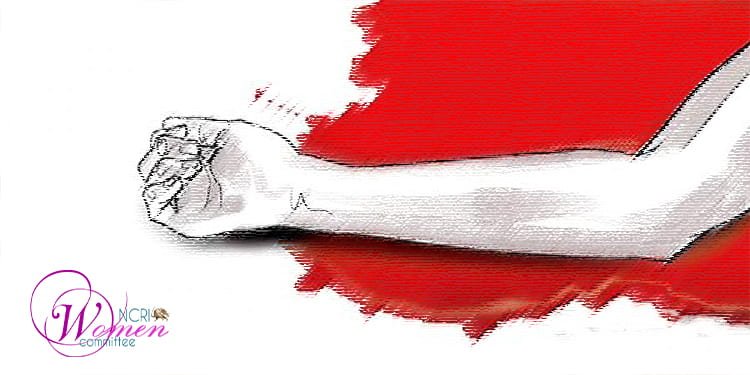 Mohtaram Veisi, 38, was brutally murdered by her son in Kermanshah. Honor killings are systematically legitimized under the mullahs’ regime in Iran. Not a week goes by without honor killings making headlines.

Mohtaram Veisi was deliberately run over by her son, Omid Moradi, on May 1, 2022. The incident occurred in the Jalalieh neighborhood of Kermanshah, western Iran.

Moradi passed over the body of his mother several times. Mohtaram Veisi lost her life due to her injuries after being transferred to a medical center.

Mohtaram Veisi had decided to divorce her husband. The night before the shocking incident, her husband and son brutalized her, suspecting that she had an affair with another person. They beat her so much that she fled the house barefoot. Omid Moradi then chased his mother, Mohtaram Veisi, and ran over her with his car.

Acquittal of the perpetrators of honor killings

The tragic honor killings in Iran go unpunished. Their perpetrators are acquitted in the courts of the patriarchal mullahs’ regime.

Faezeh Malekinia, 22, set on fire by her father in October 2021, is one of the hundreds of victims of honor killings in Iran.

According to Ziba Malekinia, Faezeh’s sister, a court ruling on her sister’s case acquitted her father, Habib Malekinia.

Faezeh Malekinia had divorced her husband and intended to marry another man. But her father opposed her marriage. On the night of October 2, 2021, Faezeh’s father doused his daughter with gasoline and set her alight in their garden.

Having suffered an 85% burn, Faezeh Malekinia died in a hospital in Sanandaj on October 3, 2021.

This news was first published on social media by a surgeon named Iman Navabi. Faezeh had personally told Dr. Navabi that her father had set her on fire. Dr. Navabi’s post was unaccessible the next day.

Faezeh’s father claimed that his daughter had self-immolated and committed suicide. He said he had even burned his own hands while putting out the fire.

Faezeh Malekinia’s body was not autopsied in forensic medicine to state the cause of her death medically and legally.

At the same time, some officials told the press and media that the case did not have a private plaintiff and that it appeared to be a case of self-immolation. On October 4, 2021, Mohammad Jabbari, the notorious Public Prosecutor of Sanandaj, called for the punishment of the surgeon who had operated on Faezeh Malekinia.

Known as the butcher of Kurdistan, Jabbari is one of the most ruthless and corrupt judges in the Kurdistan province. He was directly involved in the crackdown on the people of Sanandaj and Marivan during the nationwide protests in November 2019.

Faezeh Malekinia’s murder case is one of many honor killing cases covered up by the Iranian regime.