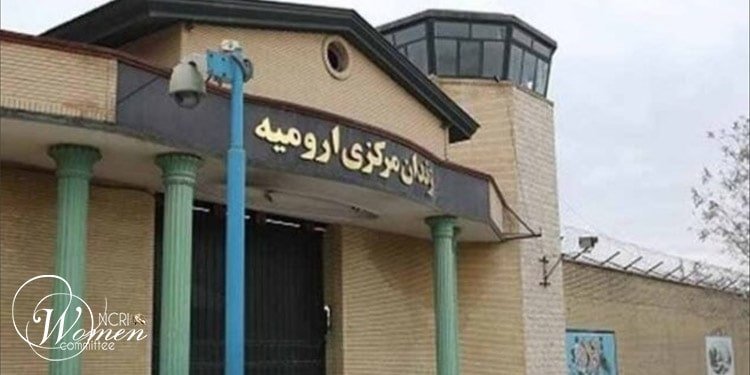 The Central Prison of Urmia was founded in 1969. The prison is called Darya Prison, as well, because it is located on the 5th km of Darya Road in Urmia, the capital of West Azerbaijan Province.

The Central Prison of Urmia was initially built to detain 700 inmates. Presently, however, it holds 5,000 detainees.

Ward 18 is the women’s ward in the Central Prison of Urmia. It is a large hall divided into eight compartments or rooms by short walls. Some 20 prisoners are in every room, which has only 16 beds. Therefore, some women detainees must sleep on the floor. The inmates are detained in these small, overcrowded, and stuffy rooms for 22 hours per day.

Daryoush Bakhshi is the warden of the Central Prison of Urmia. The women’s ward is headed by a woman called Badaghi.

The women’s ward in the Central Prison of Urmia has only five bathrooms and three showers. Most of the bathrooms are out of order. Usually, there is no warm water, and prisoners must take a bath with cold water.

Some inmates have been detained with their children. They are exposed to various digestive and skin diseases in this overcrowded and unsanitary ward.

Most female detainees are held on charges of drug trafficking, fraud, theft, and deliberate or unintentional murder.

One of the main problems in the Central Prison of Urmia is limited medical facilities. Female inmates are visited only once a month. Dental visits are only once every six months. Even pregnant women are deprived of access to their needed medical care during pregnancy.

Forced confessions and ill-treatment of the detainees

Extracting confessions from prisoners is one of the common practices in the Central Prison of Urmia. Golaleh Moradi said that she had been forced into making confessions against herself. The interrogators threatened her sons and intimidated her with a gun. Golaleh Moradi said her interrogators told her: “You must talk and confess… Otherwise, we will arrest your sons, take them to the basement, and light up a picnic gas under them. Then your sons will see with their own eyes that you will confess.”

It has repeatedly happened that prison guards and torturers have taken away the prisoners’ blankets under the pretext of inspection and removal of extra equipment. This while the prisoners have bought these blankets through their families.

Other restrictions imposed on the inmates include reducing their time for taking fresh air to two hours per day, their telephone calls to once every three days, and preventing prisoners from going to other rooms.

One of the excuses of the prison authorities to impose restrictions on women is their absence in the Quran classes. Additionally, the prison’s male staff humiliate women and insult them every day.

Nine of the women who are detained in this prison on the death row are Zahra Farhadi, from Urmia; Parisa Moradi, from Bukan; Nishteman Mohammadi, from Sardasht; Golzar Ahmadian, from Sardasht; Faranak Beheshti, from Takab; Soheila Nematzadeh, from Miandoab; Mojgan Abdollahi, from Mahabad; Tahmineh Danesh, from Khoy; and Ziba (no last name), from Bukan.