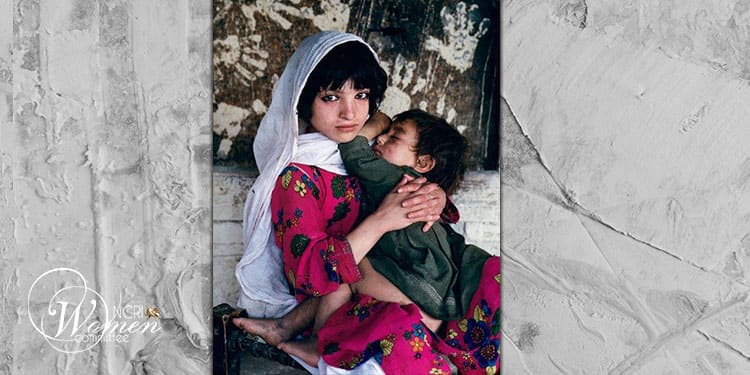 Ensieh Khazali, head of the presidential directorate for Women and Family Affairs, told 9-year-old schoolgirls in Tehran, “Begin planning for the life and family you want to have from this moment. You can raise your children to become a person such as Qassem Soleimani” (The state-run ILNA News Agency – April 20, 2022).

Iran’s Population Registration Organization announced that mothers between the ages of 10 and 14 had given birth to more than 1,474 babies, last year. This organization also reported 69,000 births from child mothers aged 10-19 (The state-run ISNA News Agency – April 13, 2022).

Moreover, according to the NSC, some 131,000 children under 15 have married over the past five years.

None of the figures announced by the regime or its media is accurate. When publishing statistics, the regime fails to be transparent, especially regarding violence against women. Official statistics never reflect the current reality of Iran’s society.

The physical and mental harms caused by child marriage inflict irreparable damage to girls, especially those who become pregnant before 18. Depression, suicide, divorce, and dropping out of school are among the problems afflicting child brides. These tragedies only serve to fuel the cycle of cultural and economic poverty.

On March 30, 2022, Fatemeh Sayyadi ended her life in Shiraz when she hanged herself. Fatemeh’s 8-month-old baby was found next to the lifeless body and taken to the hospital four days later. Fatemeh Sayyadi had been a victim of child marriage, having been forced to marry when she was a child.

In March 2022, a media report covered the murder of three children by their mother in a village in the center of Ramhormoz County in southwest Iran. The woman, known only as Zahra A., was 27. She had killed her two sons (aged 10 and 6) and her daughter (aged 3) before hanging herself. Zahra A. had been a victim of child marriage (The state-run IRNA News Agency – April 5, 2022).

In a similar case, a mother in Piranshahr, West Azerbaijan Province, attempted suicide after killing her children, aged six months and 12 years. The mother’s attempted suicide was attributed to mental and nerve disorders, further highlighting girls’ significant pressure when forced into early marriage.

Sita Sheikh-Moradi, 17 and mother of a 4-month-old, set herself alight and died. On May 3, 2022, she doused herself with alcohol and set fire to her body. She died in a medical center since 95% of her body had burnt. Sita was only 15 at the time of marriage.

Many of the pressures Iranian women endure directly result from poverty and rampant violence against women. The violence appears routinely in state-run media, with frequent reports of husbands, fathers, or brothers murdering women. Not a week passes without news of honor killings.