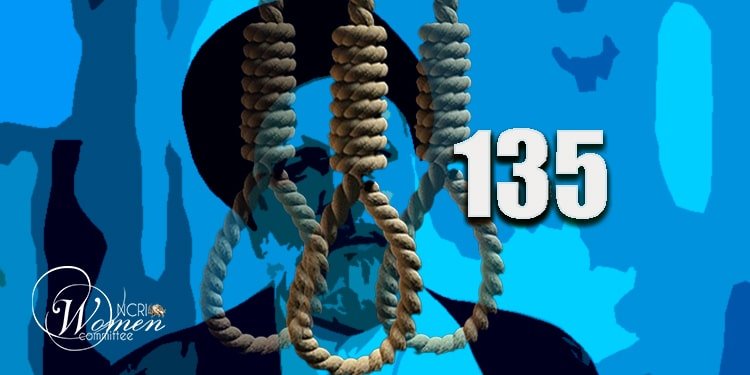 The authorities of the notorious Qarchak Prison hanged Ladan Molla Saeedi in the early hours of Wednesday, May 25, 2022.

Ladan Molla Saeedi had been transferred to solitary confinement the night before to be prepared for the execution.

Ladan Molla Saeedi was convicted of deliberate murder. She was also moved to solitary confinement last month to prepare for execution. However, she was returned to the women’s general ward after receiving a two-week respite from the victim’s parents.

With the execution of Ladan Mollah Saeedi, the clerical regime’s Judiciary has carried out the death penalties for four women in May alone. These executions took place in Qarchak Prison in Varamin, Amol Prison, Adelabad Prison of Shiraz, and the Central Prison of Zahedan.

The number of women executed in Iran since September 2013 has now reached 135. Iran holds the world’s record in the execution of women. The NCRI Women’s Committee had earlier announced that the mullahs’ regime executed 18 women in Iran in 2021.

Most women convicted of deliberate murder and sentenced to death in Iran are victims of domestic violence. The lack of social or government support for them and Iranian women’s deprivation of the right to divorce lead to such regrettable outcomes.