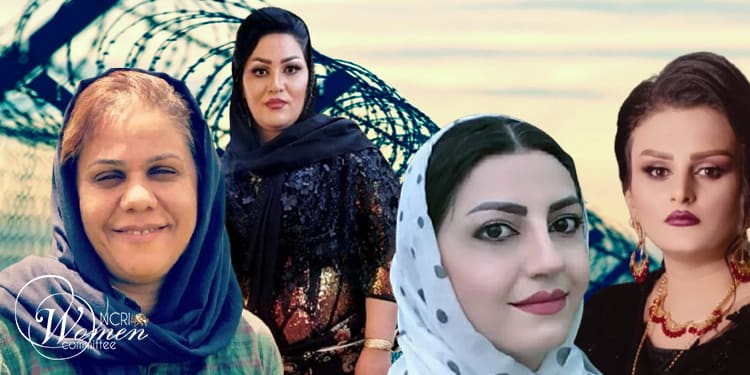 Political prisoner Soada Khadirzadeh is still being held illegally in the women’s ward of the Central Prison of Urmia. Mrs. Khadirzadeh is in the 38th week of her pregnancy and has a short time before her delivery. Her health and that of her unborn baby are in danger.

Mrs. Khadirzadeh called her family on May 19. She told them that prison authorities had declared that her family could refer to the Revolutionary Court of Mahabad on May 21 or 22. They could set bail and receive permission for her temporary release.

However, when the family went to court, the authorities told them that they had not received any letters from the Central Prison of Urmia.

Early last week, Soada Khadirzadeh was examined twice by the forensic team at Urmia Prison. They verified all her medical papers and stated that she should be sent out of prison to deliver her baby.

Yet prison authorities have taken no action to dispatch this pregnant political prisoner to a civic hospital or grant her temporary release on bail.

A source informed about the Central Prison of Urmia said, “After examining Soada Khadirzadeh, Ms. Tavana, one of the surgeons, said she should be transferred to the hospital immediately. She said that simultaneous with her delivery, she should undergo lumbar disc surgery and have an absolute rest for 40 days.”

In addition to the lumbar disc problem, Soada Khedirzadeh suffers from heart disease, and both her kidneys have been infected.

Soada Khedirzadeh went on a hunger strike to protest seven months of uncertainty. After 11 days, she ended her hunger strike with the favorable promise of Urmia Prison officials. However, the authorities have not yet fulfilled any of their promises.

Reyhaneh Ansarinejad, a labor activist, is imprisoned in Evin Prison in undecided condition. She is detained despite the conclusion of her interrogation process and the setting of bail. The security bailiff and the interrogator of the Prosecutor’s Office of Evin have been hindering Ms. Ansarinejad’s temporary release.

Her family went to Evin Prison on May 25, 2022, hoping that she would be released. They waited until 11 p.m., but the Evin Prison authorities did not agree to release her.

Shelir Ahmadi remains in detention in the Central Prison of Urmia. The court has set a heavy bail for the temporary release of the young woman from one of the villages of Mahabad.

The Ahmadi family has so far been unable to pay the bail.

Shelir Ahmadi was transferred to the women’s ward of the Central Prison of Urmia in March 2022. Before that, she was in detention in one of the Department of Intelligence of Urmia detention centers.

Roghieh Bigdeli has been summoned to serve her two years of prison time and eight months of exile to Zanjan. Ms. Bigdeli was arrested during the protests in November 2019.

The 7th Branch of the Implementation of Verdicts Bureau of Karaj informed her on May 21, 2022.

Ms. Bigdeli has ten days to report in to serve her sentence. She must also pay a fine of six million Tomans in cash because she did not report to the Implementation of Verdicts Bureau.

The bureau had previously increased her time in exile.