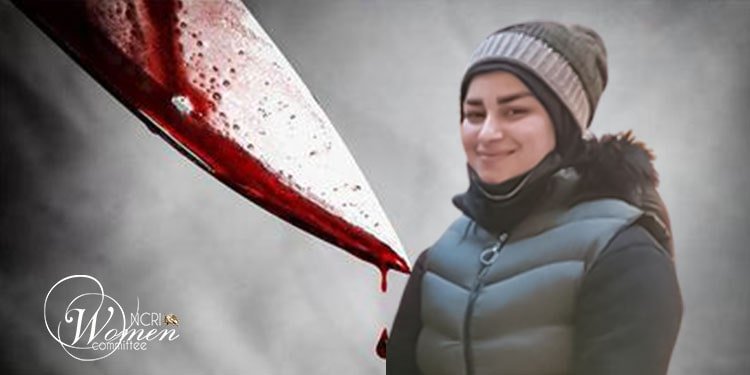 Mona Heydari was beheaded by her husband in February 2022

Misogynistic laws and an oppressive Judiciary exonerate honor killers under the clerical regime in Iran.

A spokesman for the Iranian Judiciary reported in a press briefing on the latest in the murder case of Mona Heydari, a young mother who was beheaded by her husband in February 2022. “The parents have not claimed qisas (retaliation) for the time being and the case is still under investigation.” (The state-run khabaronline.ir – May 24, 2022)

However, the Public and Revolutionary Prosecutor of Ahvaz announced on April 18, 2022, “By completing the investigation with extraordinary work of the Special Investigator for Murder in the capital of Khuzestan Province, the indictment was issued. The victim’s parents demanded the maximum punishment, given the private aspects of the case and their requirement for qisas. Other criminal charges are pending for disturbing the public order and creating emotional trauma.”

Mona’s father had claimed that he would sue the murderer and lodge a formal complaint.

Prior to this tragic event, the media had reported on the case of 22-year-old Faezeh Malekinia, whose father set her on fire and murdered her in October 2021. He was acquitted in court.

Before she died at the hospital, Faezeh told her surgeon that her father had poured gasoline on her before lighting the fire.

Faezeh Malekinia, a young woman, was divorced and planning to marry the man she loved. Habib Malekinia, the murderous father, was released on bail after a few days in detention. According to Ziba Malekinia, Faezeh’s sister, a court order acquitted her father. (Dideban-e Iran, May 10, 2022)

The unfair and misogynistic judicial proceedings under the clerical regime have already allowed hundreds of honor killers to avoid prosecution. In fact, the misogynistic laws and mindsets of the ruling mullahs practically put murder weapons in the hands of the most backward-thinking men in society.

The so-called Violence Against Women Bill, through which the Iranian regime tries to calm public opinion after every heinous crime, has been passed around among various agencies for 10 years. Regardless, the bill has been so watered down by the Judiciary that it is meaningless and fails to criminalize the murder of women.

The Constitution and Civil Code, written by the regime, define females as the property of their fathers and husbands, rather than recognizing them as independent human beings. The father is specifically in charge of the children’s blood, and naturally, when any woman in the family lodges a complaint after a girl has been murdered, she is subjected to additional violence.

The mullahs’ penal code has also legitimized the murder of women in entirely patriarchal terms. Article 612 of the regime’s penal code states: “Whoever commits deliberate murder and does not have a plaintiff… If the perpetrator’s action disrupts order, protection, and security of the community or creates fear, the court shall sentence the perpetrator to 3-10 years’ imprisonment.”

Obviously, the mullahs do not recognize the murder of an innocent girl by her father, or an oppressed wife by her husband carried out under the pretext of reclaiming honor, to be a public crisis or disturbance. Article 630 clearly gives a male murderer the right to kill. It states, “Whenever a man sees his wife committing adultery with another man and has knowledge of the female’s consent to the relationship, he can kill them both at the same time.”

The Women’s Committee at the National Council of Resistance of Iran (NCRI) calls the attention of the UN Special Rapporteurs on Violence Against Women and Human Rights in Iran, as well as other relevant experts, to the exoneration of murderers of women in Iran. The NCRI Women’s Committee calls for serious, meaningful action to condemn the clerical regime in this regard.

Further, such a regime is unworthy of membership in the UN Commission on the Status of Women (CSW). Therefore, the NCRI Women’s Committee urges the CSW to expel the mullahs’ representative.