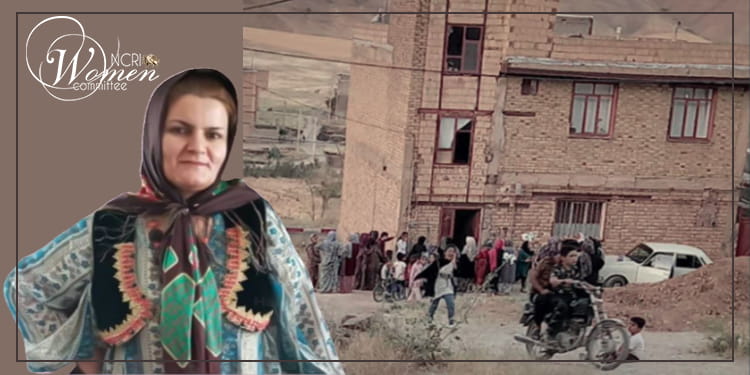 A man killed his wife with the blows of an iron hammer in Sanandaj, the capital of the Iranian Kurdistan Province. The young woman, Sargol Akbari, was 42 and the mother of three children.

Sargol Akbari did not survive when her drug-addicted husband, Erfan Rashidi, hit her head and body with an iron hammer on Wednesday, June 8, 2022, at 7:30 PM.

The murderer is presently at large.

Sargol Akbari and her family lived in the Hassanabad neighborhood of Sanandaj. She had been battered by her husband many times before.

Kurdish media reports say in the five months since January 2022, at least six women have been killed by their husbands in Sanandaj, Kermanshah, and Saqqez.

Femicide is one of the most vicious forms of violence against women sanctioned under the mullahs’ misogynistic rule in Iran. The killing of women and girls by cleavers, machetes, knives, and sickles is so widespread that it headlines daily.

Rising femicides, the immediate outcome of the mullahs’ culture

Women and girls are the prime victims of the regime’s inhuman ideology and policy.

The so-called Violence Against Women Bill, through which the Iranian regime tries to calm public opinion after every heinous crime, has been passed around among agencies for ten years. Regardless, the bill has been so watered down by the Judiciary that it is meaningless and fails to criminalize the murder of women.

The mullahs’ penal code has also legitimized the murder of women in entirely patriarchal terms.

The Women’s Committee at the National Council of Resistance of Iran (NCRI) calls the attention of the UN Special Rapporteurs on Violence Against Women and Human Rights in Iran, as well as other relevant experts, to the exoneration of murderers of women in Iran. The NCRI Women’s Committee calls for serious, meaningful action to condemn the clerical regime in this regard.

Further, such a regime is unworthy of membership in the UN Commission on the Status of Women (CSW). Therefore, the NCRI Women’s Committee urges the CSW to expel the mullahs’ representative.