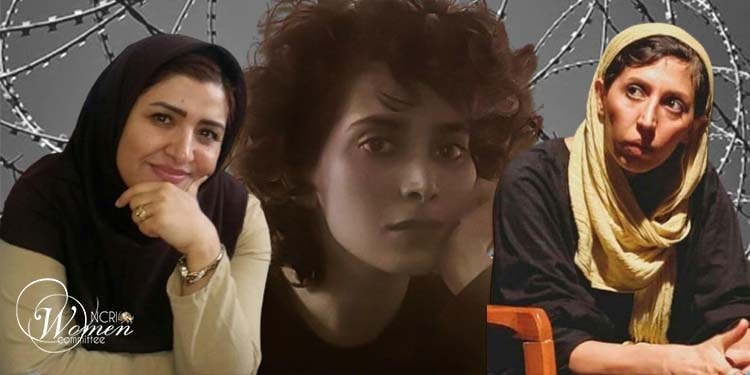 The clerical regime in Iran has stepped up repression in recent months through waves of mass executions, arrests, torture of prisoners, and disrespectfully parading arrested young men in public. Female civil activists are among the main targets of the repression and arrests.

Maliheh Jafari is a student at Tehran University. She was taken to Evin Prison to serve her prison time on June 12, 2022, after being summoned to Evin Prosecutor’s Office, the Implementation of Verdicts Branch.

Maliheh Jafari was previously sentenced by Tehran’s Revolutionary Court to six months imprisonment and other punishments such as hand-copy from religious books.

Maliheh Jafari was a student arrested during the November 2019 uprising and temporarily released on bail on December 1, 2019, along with Maryam Jafari and two other Tehran University students.

Anisha Assadollahi recently had a brief visit from her mother after 30 days in solitary confinement in Evin Prison. The labor activist’s mother said Anisha was in good spirit and protested her arrest. Her mother mentioned that Anisha is still in solitary confinement, and interrogators have told her that her interrogation is not over. Anisha’s arrest has been extended for another month.

Anisha Assadollahi is a teacher, interpreter, author, and labor activist. She has been rearrested and imprisoned for more than a month on spurious charges. Security forces arrested her at her home in Tehran on May 9, 2022. She remains in solitary confinement in Ward 209, the Intelligence Ministry detention center at Evin Prison, 37 days after her arrest.

Mojgan Bagheri, a teacher from Shiraz

Mojgan Bagheri is a teacher in Fars province. She remains under uncertain conditions a month after her arrest and detention at an intelligence detention center in Shiraz. Ms. Bagheri was arrested on May 12, 2022, during a nationwide gathering of teachers in Shiraz.

More than half a million female prisoners

In a significant revelation, the National Council of Resistance of Iran (NCRI) divulged a list of 12 million prisoners detained by the clerical regime in the past 40 years. The list contains the names of 579,015 women.

The list of 12 million prisoners includes the names of 2,225 persons arrested and detained for their activities in support of the opposition People’s Mojahedin Organization of Iran (PMOI/MEK) or their alleged membership. More than 400 of these persons were arrested during the November 2019 uprising.