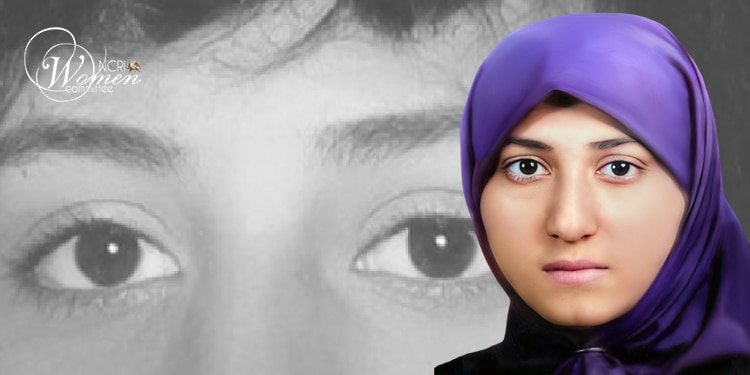 Maryam Pakbaz, born in 1963, is one of the martyrs of the People’s Mojahedin Organization of Iran (PMOI/MEK).

On October 3, 1980, she was arrested and imprisoned in Tehran for having a copy of the PMOI’s publication, which was considered a crime by Khomeini’s dictatorial regime.

After her arrest, Maryam was subjected to such brutal and severe torture that one of her relatives, who saw her by chance in Evin Prison, could not recognize her immediately. In a report on Maryam’s torture, a cellmate wrote:

“Maryam Pakbaz was severely emaciated and broken due to the severity of the torture to which she was subjected. Her continuous and lengthy stay in solitary confinement caused her to suffer all kinds of diseases. However, every time I saw her, she was kind, calm, good-natured, and patient.”

Maryam was an exceptionally talented student and was considered among the top-ranking students at her school. She graduated with a degree in mathematics at the age of 14.

Maryam’s father was a telecommunications specialist, and an old follower of Dr. Mohammad Mossadeq, the leader of the Iranian people’s liberation movement. He played a special role in the political atmosphere of Maryam’s family and home.

Simultaneously with the wave of social changes in 1977-78, Maryam became acquainted with the PMOI/MEK and other political parties.

After the anti-monarchical revolution of 1979, she began to work full-time with the PMOI/MEK.

Maryam Pakbaz started her political activities with a group of PMOI/MEK supporters in southern Tehran while pursuing her studies.

A strong and resistant prisoner

Maryam Pakbaz was a strong and tough prisoner. Her fellow prisoners called her Sarah.

During her time in prison, she was kept in Ghezel Hesar Penitentiary Number 8 for some time. Because of harsh prison conditions and extensive torture, Maryam Pakbaz, who was just 20 years old, contracted various diseases.

She was banned from visiting her family a few months before the summer of the 1988 massacre.

The torturers were taken aback by Maryam’s strong spirit. They tried to force her to surrender and repent by exerting more pressure and torture. But Maryam stood up to them with courage and bravery. She did not accept the shame of surrender nor would she negotiate with her captors. Although she was a teenager, Maryam Pakbaz had a very deep understanding of issues.

This face-to-face, hard, and bloody struggle that a 16-year-old started with many of the regime’s torturers continued for several years.

Once, in 1986, the Revolutionary Guards handed Maryam’s bag and belongings to family members who were visiting. The guards told the family to take Maryam’s belongings as she would soon repent and be released. But Maryam’s courageous resistance left the guards longing for surrender.

Maryam Pakbaz survived severe torture during her 8 years in prison. She and several of her cellmates were hanged in October 1988 as part of the massacre of 30,000 PMOI members in Evin Prison.

Those who said “no” in the darkest nights of captivity in Iran, against Khomeini’s dictatorship, oppression, and tyranny, will never die!