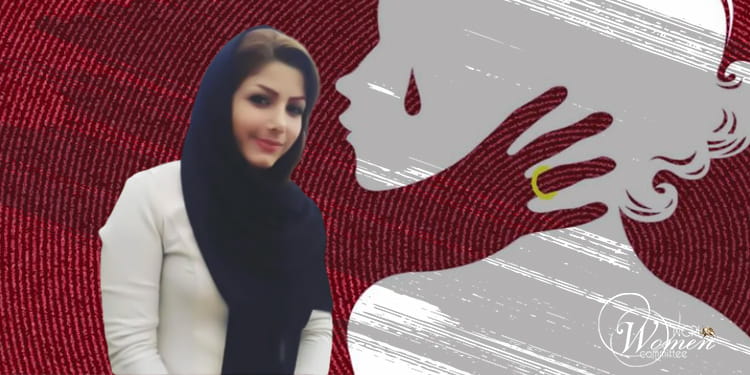 How many more women must be killed so the regime would pass the bill to prevent violence against women?

Sara Rezaei, 32, mother of a 7-year-old child, was brutalized by her husband and subsequently suffocated by a pillow.

On June 16, she was murdered by her husband.

Sara Rezaei was another child bride who became a victim of femicide. Although she had a child, her husband kept battering her all the time.

An informed source said about Sara Rezaei, “Sara had left home a week before this tragedy occurred. She was subject to domestic violence all the time during her married life. On the day she was murdered, she had returned home to take her identity papers and golds, thinking that her husband was not home.”

Local media published the news of Sara Rezaei’s murder by her husband without mentioning her name. As usual, the reason for the murder was noted as “family disputes.” Sara’s husband has been arrested and confessed to the murder.

Noting the murder of Sara Rezaei, Fatima Babakhani, an NGO director in charge of safe shelters for women, wrote on her Instagram page, “I wonder if we could have an impact on reducing such emotional, immediate, and irreversible violence by providing early consultations and maintaining a support network of family and legal protection.”

Husband shoots down his wife

A woman was shot and killed by her husband. The unidentified woman lived in the city of Qa’emieh in Fars Province, in southern Iran. (The state-run Mehr news agency – June 20, 2022)

The woman was trying to get a divorce. Her husband, 46, shot her in the head in one of the neighborhoods of Qa’emieh. She was so severely wounded that she lost her life instantly.

Iranian women are strangers to the phrase “Safe Shelter”

There are only 27 safe shelters for battered women throughout Iran. This number is even less than the number of Iranian provinces.

Women subjected to physical and psychological violence by their husbands are in most cases financially dependent on their husbands. They do not inform the Social Emergencies or the police without financial support.

Unfortunately, most Iranian women are unaware of safe shelters as their numbers are minimal.

In the absence of protective laws and support institutions, battered women and children do not have the chance to use social emergency and non-governmental safe shelters to stay away from violence.

“Not only do we not have a sanctuary, but any one of the houses in the city can be a house of horror,” said a woman who lives in Taybad County in North Khorasan Province. “Not a day or night passes without hearing screams and cries from one of the houses, and we see neighboring women and relatives with bruised eyes and lips.”

The House of Sun protected 2,500 harmed women in Tehran’s Darvazeh Ghar district and was shut down in March 2022.