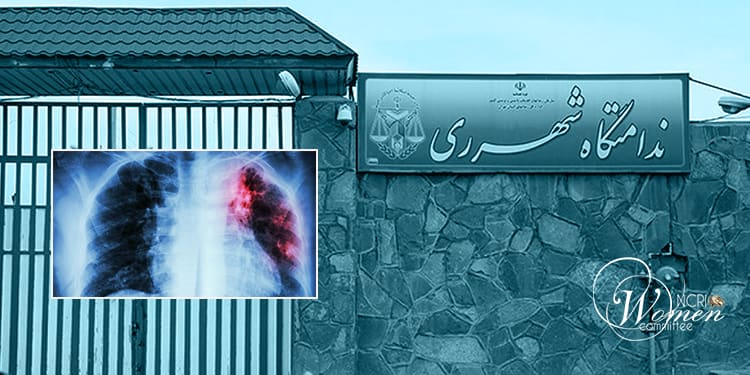 Several prisoners have been infected with tuberculosis in the all-women Qarchak Prison. This report has raised concerns among the prisoners’ families.

Prisoners with tuberculosis are being held alongside other prisoners. The risk of developing the disease is awaiting all female prisoners due to negligence and inaction by Qarchak prison officials.

The child of one of the prisoners said, “Prison authorities have not yet taken any action to quarantine or separate the sick prisoners. They are being held alongside other prisoners.”

Instead of taking practical measures in response to the prisoners’ protest, Qarchak Prison officials have told them, “If you get infected, your immune system will fight the disease.”

Tuberculosis is a deadly disease infecting the patient’s lungs and other organs. The patient can transmit the bacteria through their respiratory droplets. Those with active tuberculosis spread the infection through the air when they cough, sneeze or spit.

In a crowded place with no ventilation, such as the all-women Qarchak Prison, it is predictable to what extent the inmates are at risk of the disease’s outbreak.

The NCRI Women’s Committee has already published an article entitled, The Qarchak Torture Chamber. Qarchak Prison is the place for the detention of around 2,000 women. The report also states that prisoners call Qarchak “the end of the world.”

Inmates in the all-women Qarchak Prison are deprived of three vital elements for every human: water, air, and healthy food. The Qarchak Prison is used as an exile for political prisoners.

According to recent reports, even the filters and the worn-out water purification system are out of order.