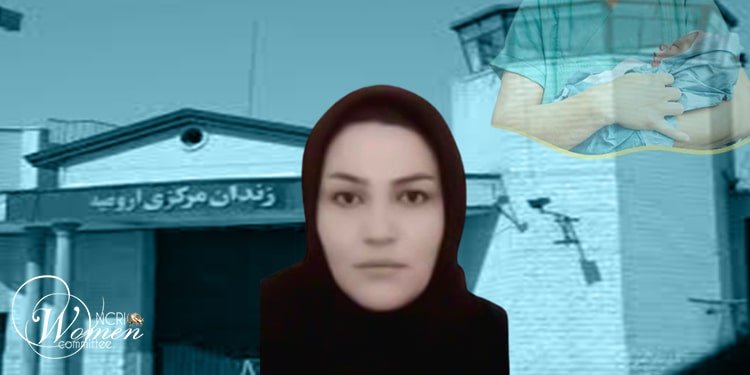 Political prisoner Soada Khadirzadeh gave birth to her baby after two weeks of delay. She was cuffed to her bed after undergoing C-section to deliver her baby.

Her family had no information about her health. Soada was kept in prison until 3 hours before delivering her baby. The delivery had been delayed by two weeks.

Soada’s legs and arms had swollen, and her baby’s health was at risk.
Finally, on Monday, June 20, 2022, at 5 am, Soada Khadirzadeh was transferred to a medical center in Urmia to deliver her baby by a C-section operation.

She was alone at the delivery time.

Soada was returned to the women’s ward of Urmia Central Prison that evening after a cesarean section without completing her treatment. She is being held in inferior conditions in prison.

Judiciary officials had agreed to let Mrs. Khadirzadeh completer her treatment and partial recovery and allow her baby’s conditions to stabilize in the hospital. Security services, however, transferred Mrs. Khadirzadeh to the Central Prison of Urmia without informing her family and lawyer.

A well-informed source from Urmia Prison said about this political prisoner, “prison guards had tied Soada’s hands and feet to her bed during her 10 hours in the hospital. They untied her hands and feet only after repeated protests by the hospital staff.”

One of the doctors visiting Soada in May had insisted on her immediate transfer to a hospital. However, prison authorities in Urmia had prevented her leave for weeks. Therefore, this pregnant political prisoner was deprived of any medical care.

Soada Khadirzadeh went on a hunger strike from Tuesday, April 26, to Saturday, May 7, in protest of being imprisoned for seven months without standing trial. She ended her strike after 11 days when prison authorities promised that she would be transferred to a medical center or granted temporary release on bail. She fainted due to hunger on the eighth day of her hunger strike.

Soada Khadirzadeh had released an audio recording in which she said, I have been held hostage in prison and threatened to make a forced confession.

Political prisoner Soada Khadirzadeh, 32, is from Piranshahr, West Azerbaijan Province. She is married with two children and was one-month pregnant when she was arrested.