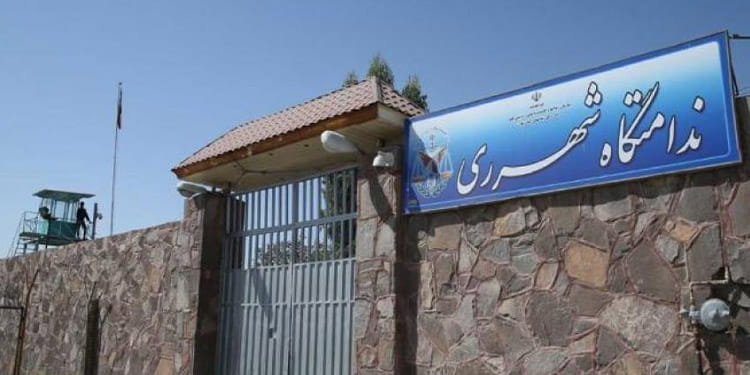 Prisoners who have recently been able to receive temporary leave have reported the condition of contaminated water in Qarchak Prison.

The contaminated water in Qarchak Prison has caused prisoners to experience various problems, including severe stomach pain and red blisters on their bodies.

According to an informed source, the quality of water in Qarchak Prison has deteriorated compared to the past 20 days. The water has turned saltier, smells, and tastes terrible.

The situation of contaminated water in Qarchak Prison endures as mineral water prices rise at the prison’s store, stripping prisoners of their purchasing power.

Prison authorities turn off air conditioners inside the wards and in the halls with the excuse of repeated water cut-offs. Then the heat makes it harder for prisoners to tolerate conditions without access to water.

The prisoner also said, “When authorities turn the air conditioners off, excessive heat occurs inside the prison. No access to safe drinking water violates prisoners’ rights, along with dozens more. This situation also leads to increased psychological tensions amongst prisoners, and the slightest dispute between them leads to fierce clashes.

She continued, “Does Heshmatollah Hayat Al-Ghayb, the director-general of Tehran province’s prisons, know of the widespread violations of prisoners’ rights in Qarchak Prison as he sits behind his desk with fine air?”

Then she asked whether the prison’s head of inspection, who claims to be following up on prisoners’ problems, could drink a sip of Qarchak’s contaminated water. “Would he be satisfied to have this salty, smelly, dirty water plumbed into his home for a day? Mr. Heidari, the Information Protection Directorate, is aware of these problems but decides not to take any action to solve this life-threatening situation of prisoners.”

Someone close to a political prisoner’s family detained in Qarchak Prison gave details about Ward 8.

The source said when the IRGC doctors went to Qarchak Prison, the prison authorities did not allow them to enter Ward 8, where the political prisoners are detained. Neither did they let them see the detainees in Wards 4 and 7. The authorities prevented the doctors from conducting their survey of prisoners.

“When the IRGC dentists who went to Qarchak Prison a while ago to obtain the statistics of prisoners requiring treatment, prison authorities again prevented any visit of Ward 8,” the source said.