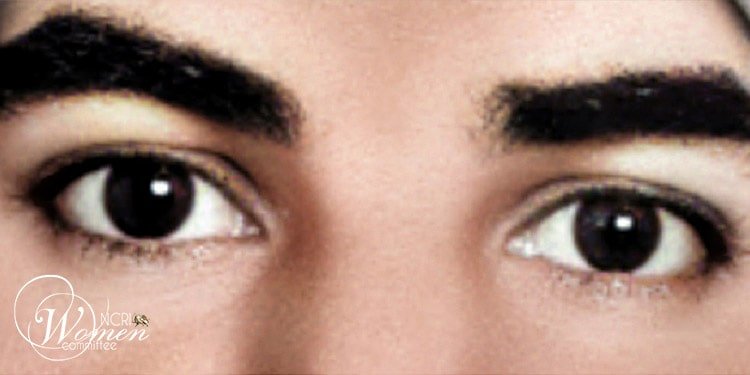 Fatemeh Fazelzadeh was among the students martyred on the historic day of June 20, 1981.

Fatemeh Fazelzadeh was born on May 5, 1959, in Tehran. She was studying paramedical science at the university.

Fatemeh Fazelzadeh had a rebellious spirit and was always curious to find answers to the questions she faced daily. Questions like: “Why is there so much poverty and deprivation in a country that sits on petroleum and oil?” “Why is there injustice and oppression against the people who deserve freedom?” She had many more questions along the same vein.

These unanswered questions led her to rebel. Although she had a bright future ahead of her, she could not remain silent nor forget the pain of millions of people. Fatemeh eventually found the answers to all her questions in the ideals of the People’s Mojahedin of Iran.

Fatemeh Fazelzadeh began her political activities against the Shah’s dictatorship in 1978. She became acquainted with the People’s Mojahedin Organization of Iran (PMOI) in 1979 and expanded her political activities. She started working as a member of the pro-Mojahedin Muslim Students Society and was an active student until Khomeini’s cultural coup in the 1980s closed all universities.

However, Fatemeh Fazelzadeh would not give up sacrificing because she had immense love for her people, especially for her homeland’s deprived and suffering women. All her friends and comrades knew she was a hard worker who willingly endured hardships to bring comfort and well-being to the Iranian women.

She was a simple person who wanted to live the life of a deprived woman and rejected all forms of luxury.

Fatemeh Fazelzadeh had asked her family to donate her property to the PMOI/MEK after her death. She was loved and respected by her family, especially her sister. The whole family was immensely proud of her.

On June 20, 1981, Fatemeh Fazelzadeh was one of Tehran’s half-million people who went out in demonstrations. She was very passionate, unwavering in her beliefs, full of faith, and had a lot of hope for the future. She was arrested by the Revolutionary Guards and handed over to the execution squad after being severely tortured.

Fatemeh Fazelzadeh and her comrades said “no” to Khomeini and his regime on that historic day. They paid the price and sacrificed their lives to mark history as being a generation that did not surrender to Khomeini’s tyranny.

Fatemeh and her comrades represented a generation that sacrificed and refused to get on their knees to live under a dictatorship.

Fatemeh Fazelzadeh used to tell the beloved deprived women of Iran: “Although freedom is precious, our land is always full of little black fish[1] who rise in revolt and rebellion against oppression to gain freedom.”

[1] Little Black Fish is the name of a story written by the dissident author, Samad Behrangi, later murdered by the Shah’s regime. The little black fish left the safety of a local stream to venture into the world, setting a lasting example for others.