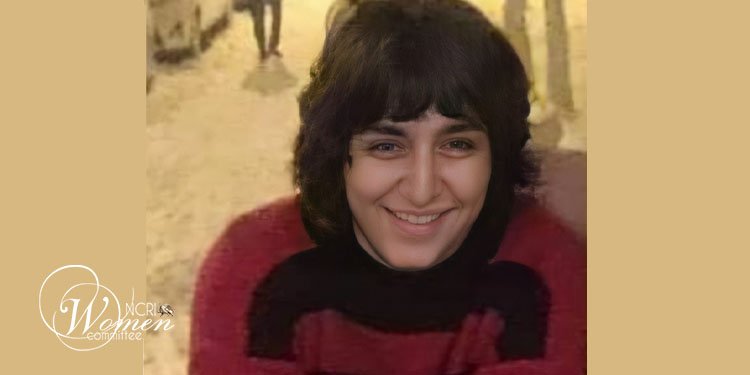 Ronak Rezaei was transferred to the notorious Sepidar Prison of Ahvaz on Saturday, July 2, 2022. She had been detained for one month in the IRGC Intelligence detention center.

Ronak Rezaei lives in Abadan and is a master’s student of Cultural Studies at Tehran’s Allameh Tabatabaii University.

Ronak Rezaei called her family and informed them that she had been transferred to the Sepidar Prison of Ahvaz. She is presently held in the quarantine ward.

According to Farzaneh Zilaii, Ms. Rezaei’s lawyer, her charges include “propaganda activities against the state.” Ms. Zilaii said she did not have permission to get involved in the case to defend her client. She said Ronak Rezaei had called her family on the day she was arrested and one week later. She is deprived of having a visit.

Ronak Rezaei was arrested in late May during the protests in Abadan over the collapse of the Metropol Tower, where innocent people got killed.

At least 43 people, including six women, died in the tragic collapse of the Metropol building on May 23, 2022.

The people of Khuzestan and several other Iranian provinces took to the streets for ten consecutive nights.

Women were at the forefront of anti-government demonstrations and mourning ceremonies for those killed under the rubble of the Metropolis building. They demonstrated in many Iranian cities, including Abadan, Khorramshahr, Tehran, Andimeshk, Shahin Shahr, Shiraz, Bushehr, Yazd, Behbahan, Omidiyeh, Sarbandar, Mahshahr, and dozens of villages in Khuzestan, chanting “Death to Khamenei.”

Dozens of people were arrested.

Nasrin Javadi goes to Evin Prison to serve her sentence

Her lawyer had submitted to the court that she could not endure prison conditions due to old age and various illnesses.

She had been summoned to the Implementation of Verdicts Branch of the Evin Courthouse in July 2020.

Nasrin Javadi was arrested with dozens of other participants during the Labor Day demonstration in Tehran on May 1, 2019. Nearly a month later, she was released from Qarchak Prison on a 100-million-Toman bail.

Nasrin Javadi is charged with “assembly and collusion against national security.”