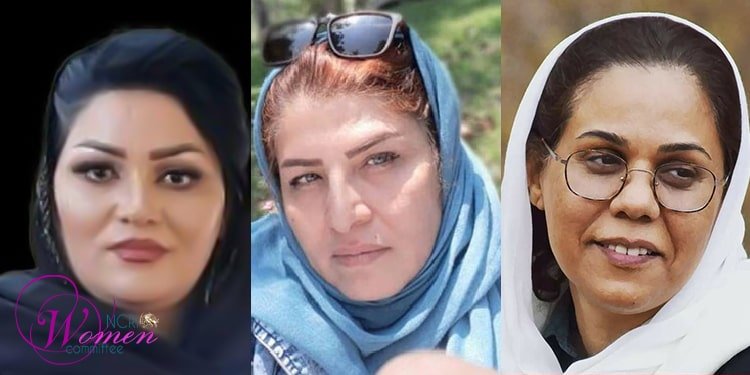 Following is an update on the three political prisoners:

Political prisoner Massoumeh Asgari is in critical medical condition and encountering physical and mental pressure from the prison authorities.

She was banished from the women’s ward of Evin to Kachouii Prison in Karaj on December 19, 2021. Though her medical status does not fit her to be in prison, she is denied leave.

She has been attacked by prison staff and experiences various insults and psychological torture.

A source close to her family said she needed to use 20 different pills daily but had been deprived of using her medication for two days.

Massoumeh was deprived of phone calls for three days and kept in the same place as ordinary prisoners, violating the principle of separation of crimes.

Massoumeh Asgari is a single mother with a 16-year-old son. She was arrested for participating in a teachers’ protest in August 2018. She suffers from various psychological and physical illnesses.

According to an informed source, her young daughter, who depends on her mother as the only parent, is now facing financial hardship and cannot regularly visit due to their economic situation.

Intelligence Ministry agents arrested Reyhaneh Ansarinejad in May 2022. They took her to solitary confinement in Ward 209 of Evin Prison. She did not have access to a lawyer or any legal advice from the moment of her arrest.

Branch 3 of the Criminal Court of Mahabad County has set bail of 3 billion Tomans for her release, which her family has so far failed to secure.

One source familiar with the case said, Soada recently gave birth to her baby girl in torturing prison conditions. She has difficulty breastfeeding her baby without good food service, and prison authorities do nothing to improve their conditions.

Soada Khadirzadeh was returned to the women’s ward of Urmia Central Prison without completing her treatment the same evening after a cesarean section. She is being held in inferior conditions in prison.