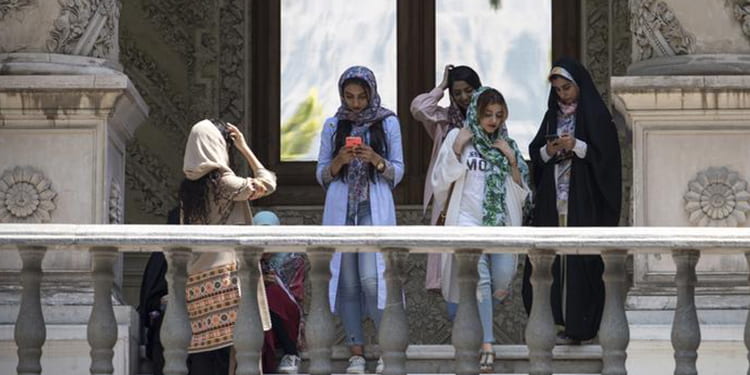 Khatami commented on women’s resistance against the regime’s efforts to impose the compulsory Hijab, “The very minute we say Hijab, they say, ‘don’t fuss about four strands of hair. You would better catch up with embezzlement and corruption.”

He then added, “We fussed as much as needed. Theft, embezzlement and removing the veil are all sinful. Many of those who remove their veils are wives and children of the thieves.” (The state-run Khabaronline.ir – July 8, 2022)

Khatami added, “Hijab is not a secondary but a major issue. Confronting women with improper veiling must be done legally. Hijab is a law… Let me say this, the term, compulsory Hijab, is a wrong phrase aimed at questioning the Hijab itself. Removing the veil deals a blow to the society’s psychological safety (i.e., the mullahs’ rule).”

On Thursday, July 7, 2022, a member of the mullahs’ parliament wrote an open letter to the Commander of the State Security Force (SSF), Hossein Ashtari, revealing the brutal treatment of Iranian women by the guidance patrols while attempting to impose the compulsory veil.

Earlier, the Anti-Vice Headquarters in Khorasan Razavi Province announced that according to their agenda to impose the compulsory Hijab, women were not allowed to use profile photos in which they appear without the Hijab. (The state-run Rokna.ir– July 5, 2022)

The Iranian regime has announced it will deal with mixed-gender group sports activities seen on beaches in Kish Island, off the southern coast of Iran, in the Persian Gulf.

The police will deal with individuals who gather on the shores after sunrise in mixed-gender groups under the pretext of sports activities. The SSF Commander in Kish, Ali Asghar Jamali, said the measure was part of a project called “thunder.”

Jamali reiterated that since June 22, more than eight unauthorized photography teams had been identified on the beach through the Thunder plan, and their beach decoration was rounded up. Jamali added, “The police will deal with violators according to the law!”

More than 21 cars and electric motorbikes spotted with unveiled drivers and passengers have been seized according to the same plan. (The state-run aftabnews.ir – July 8, 2022)

The Women’s Committee of the National Council of Resistance of Iran (WNCRI) urges the United Nations Special Rapporteur on Violence against Women to condemn the atrocities against Iranian women. The committee also calls on her to visit Iran to learn more about the violation of women’s rudimentary rights, especially in the regime’s prisons.