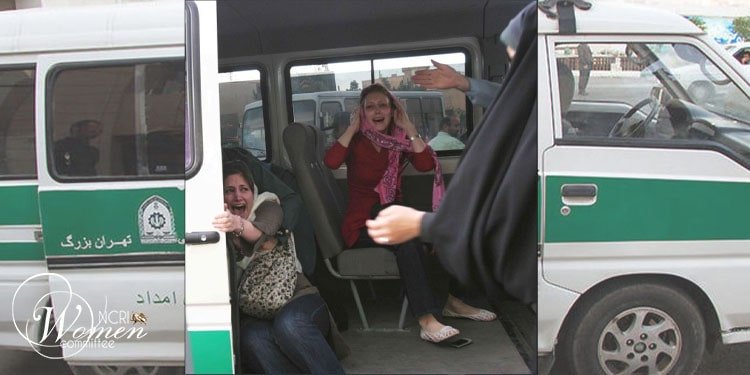 Some 1,700 women have been called to the province’s police stations for improper veiling since March 2022. The police chief of Kermanshah Province, western Iran, announced during a news conference.

Ali Akbar Javidan said more than 22,000 public notices had been given concerning moral security, failing to observe the mandatory Hijab, improper veiling, or falling back on the regime’s dress code in three months and 20 days. Furthermore, 230 vehicles were seized and sent to the parking lot in the province during the same period.

Javidan said, “The police will not allow for a few people to promote improper veiling with any sort of excuse or pretext.”

He also pointed out numerous public sites have been under surveillance since October. These sites include leisure, historical, tourism, commercial, civic service centers, and even travel agencies and tourist tours (The state-run tabnak.ir – July 12, 2022)

Nevertheless, the police chief admitted that the regime’s 26 agencies enforcing the mandatory Hijab had failed to do their job.

Javidan said, “26 organizations are directly involved, and six others are working indirectly to impose the mandatory Hijab. Undoubtedly, we would have witnessed better conditions if they all had fulfilled their duties. However, the police know they must fulfill their duties regarding the Hijab and chastity, which today has become a popular demand. The police will act as a custodian to establish order and security in society.”

“In this path, the police will also coordinate with the province’s Judiciary and authorities responsible for cultural affairs to implement the plans to promote moral security with greater significance and power.”

About implementing the Nazer1 Plan in Kermanshah Province, Javidan explained, “This plan seeks to deal with those who take off their Hijab inside the car or have improper veiling. In such cases, our colleagues will first give a notice. If the owner of the car repeats, the moral security police will invite the owner to sign a commitment. Suppose the person summoned to the Moral Security Police, does not refer within ten days. In that case, the owner’s car will be seized and taken to the parking lot.” (The state-run tabnak.ir – July 12, 2022)

Dealing with women’s Hijab in Iran is a political issue

Nasser Ghavami, former head of the Judiciary Commission in the 6th parliament, commented on the regime’s latest escalation of the crackdown on women.

“The guidance patrol officers who deal with women are in no way acting according to Islamic standards. Journalists have observed that the guidance patrol officers violate women’s privacy when touching their bodies to detain them. I do not understand how some of these agents, who are women themselves, can pull another woman’s hair and start beating her. Whether it be to find an opportunity or feed their mouths, there is no justification! I saw a female officer who forcibly grabbed a woman by her hair while male officers grabbed her body and started beating her to push her into the patrol van.

What the officials are doing to women for being improperly veiled is a political matter. Do not ever think that these groups care about people’s religion or beliefs.” (The state-run baharnews.ir – July 13, 2022)

Thousands of women are arrested in Iran every day for improper veiling and defying the mandatory Hijab. Enforcing the veil on Iranian women is state-sponsored violence carried out systematically against Iranian women.