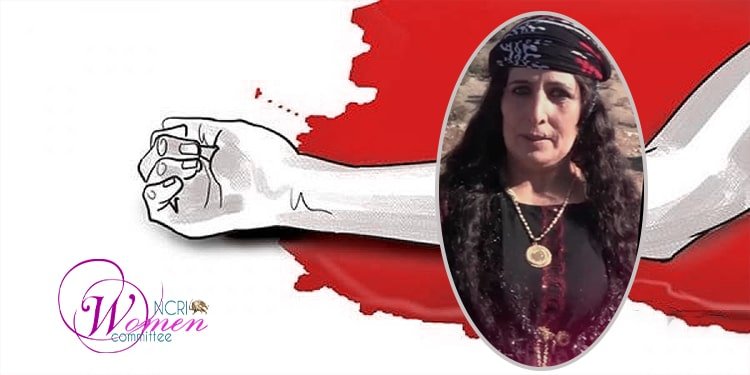 Heinous femicides in Iran at the hands of husbands, fathers, or brothers is a direct result of the backward culture promoted by the mullahs

A Kurdish woman, a mother of three girls, was viciously murdered by her husband for not giving birth to a boy. Her husband committed this tragedy on July 10, 2022, but the news started circulating among Kurdish media with eight days delay.

Her husband constantly antagonized Goljamin for not giving birth to a boy. The Kurdish woman had no choice but to go back to her father’s house. Goljamin’s husband, Ali Agha Rezaii, went to his father-in-law’s house and took his wife back home, where he murdered her the same day. He hit her in the head with a hard object.

An informed source explained that Ali had faked the crime scene, laid Goljamin’s dead body on a quiet street, and drove over her skull with the back wheels of his Nissan pick-up. He claimed that she had fallen out of the car while driving when the door suddenly opened, and her head went under the back wheels.

After Goljamin’s funeral, her family has not yet filed any complaint against Ali Agha Rezaii, and he remains at large.

In other news, a 50-year-old woman in west Tehran was murdered by her husband on July 19, 2022. The cold-hearted man mutilated her body with a kitchen knife and disappeared. (The state-run Rokna.ir – July 19, 2022)

Neda, a child bride, killed by her husband

Neda, 25, was killed by her husband. She had been forced into marrying a man named Amir at 15. She had a 7-year-old son.

Neda had filed for divorce, but Amir would not accept it. Instead, he threatened her with death for filing for divorce. He even pulled a knife on Neda at her father’s house.

The doctor told Neda to have an abortion after her second pregnancy, but Amir wanted the child to be born. Amir cared nothing about Neda’s life, and it was only with the efforts of Neda’s brother that they managed to operate on Neda and keep her alive.

After her operation, Neda could not get pregnant again. So, Amir kept mocking her in public and in front of everyone.

Eventually, one day, Amir told the whole family that Neda had committed suicide. But when the detective officers arrived at the scene, they observed that Neda was on her knees and had a scarf around her neck. The medical examiner said that one of Neda’s knees was broken, and bruises were seen on her body.

The day after her burial, Neda’s son found a note in her pocket which said, “I am satisfied with Amir, and I want him to forgive me. I leave my son to him.” Amir had forced Neda to write this note before he killed her.

Upon Amir’s intimidation, Neda’s family did not complain against him. (The state-run Etemad daily – April 26, 2022)

The sad story was made public by a lawyer without mentioning the last names and the location of the incident.

Such is the fate of women forced into child marriages under the mullahs’ misogynistic regime. Many are innocently killed without anyone seeking justice for them.