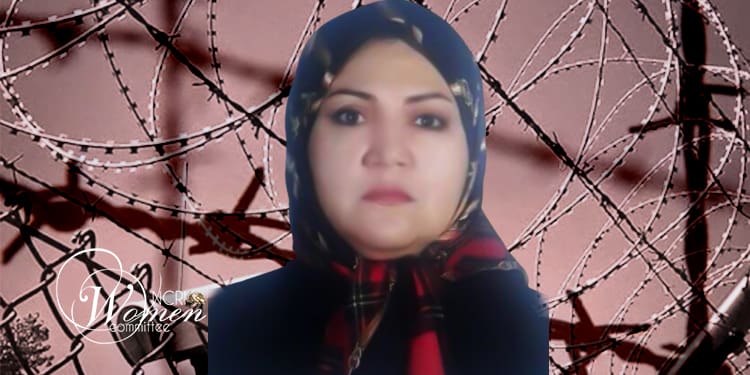 Free Fatemeh Mosanna, her life is at risk

Despite her critical conditions, Evin authorities prevent the transfer of Fatemeh Mosanna to the hospital.

Political prisoner Fatemeh Mosanna is in a highly critical health condition and excreting blood. She is under serum therapy in prison.

The Iranian authorities at Evin Prison, however, are preventing the transfer of Fatemeh Mosanna to the hospital for urgent care.

Fatemeh Mosanna’s family has called for the political prisoner’s immediate and unconditional release and for her to be immediately transferred to the hospital for medical care and treatment.

Iran’s Prisons Organization and the Evin Prison authorities will be held responsible for the life of political prisoner Fatemeh Mosanna.

The family of Fatemeh Mosanna has urged human rights bodies to help save the life of this political prisoner.

Fatemeh Mosanna, 54, has been suffering from intestinal bleeding since mid-August 2020 and cannot walk independently.

A doctor from Tehran’s Taleghani Hospital urged the forensics office to examine her and verify that she deserved to be granted medical leave. Because of the advanced stage of her illness, the doctor said, it is impossible to treat her in stressful prison conditions.

As a result of prison conditions, Mrs. Mosanna suffers from GI disorders, liver problems, intestinal colitis, and nervous migraine headaches. She has repeatedly fallen unconscious because of severe pain in her digestive tract. Every time, however, Evin’s Assistant Prosecutor, Amin Vaziri, prevented her access to proper medical treatment.

Why is Fatemeh Mosanna detained?

Born on May 26, 1968, Fatemeh Mosanna was imprisoned for three years with her mother when she was only 13. They were accused of waging war on God and insurrection by supporting the People’s Mojahedin Organization of Iran (PMOI/MEK).

The clerical regime executed three of her brothers and sister-in-law in the 1980s.

Earlier in June, four UN Rapporteurs wrote, “We furthermore express serious concern at the confiscation and risk of eviction from their home of Mr. Sadeghi and Ms. Mosanna’s family without due process in accordance with international standards. The seizure of this home would likely put at risk of homelessness the family members, as well as Mr. Sadeghi and Ms. Mosanna themselves, upon their eventual release from prison. Such evictions would be contrary to your government’s obligation to respect, protect and fulfill the right to an adequate standard of living, including housing, as well as the right to non-discrimination and the right to freedom from arbitrary or unlawful interference with one’s privacy, family and home.”