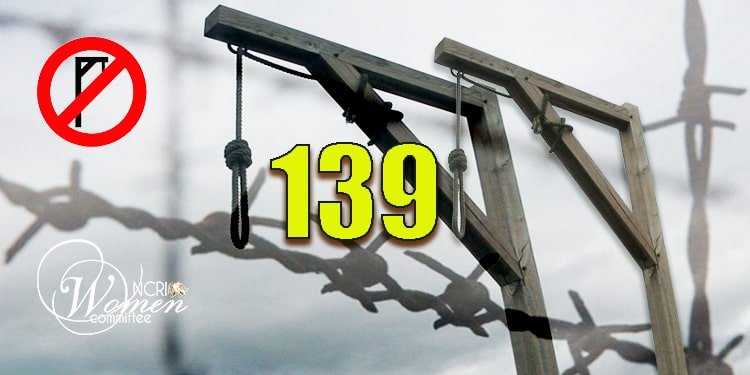 Two more death penalties were carried out for Iranian women. Soheila Abedi and Faranak Beheshti were hanged at dawn on Wednesday, July 27, 2022, in Sanandaj and Urmia, respectively.

The Iranian state media have not yet announced the news of the execution of the death penalties for the two unfortunate women. The two recent death penalties bring the number of women executed in Iran from the summer of 2013 to 139.

Soheila Abedi executed in the Central Prison of Sanandaj

A victim of child marriages in Iran, Soheila Abedi, 33, was arrested eight years ago and sentenced to death for killing her husband.

Born in 1989 in Bijar county, Soheila Abedi had been forced into marriage at age 15.

She was arrested and detained on January 26, 2015, for killing her husband after being violently battered at home.

The death penalty for Soheila Abed was carried out on July 27, 2022, at the Central Prison of Sanandaj.

Faranak Beheshti executed in the Central Prison of Urmia

Faranak Beheshti was arrested and detained five years ago for murdering her husband.

Faranak Beheshti was born in Takab, in the West Azerbaijan Province.

She spent her time in jail in the prisons of Mahabad and Urmia.

Faranak Beheshti was transferred to solitary confinement on July 26, 2022, to prepare for her death sentence. Ten men were also confined in solitary on the same day to prepare for death.

At least 12 women are detained on death row in the Central Prison of Urmia on the charge of deliberate murder.

On July 21, 2022, a woman named Robab Danaii was also executed in the Central Prison of Yazd. She suffered a heart attack moments before being executed along with two other men.

According to documents from the mullahs’ regime, the Iranian Resistance declared mid-May 2022 that 183 women in the regime’s prisons were on death row or sentenced to death by retribution (Qesas).