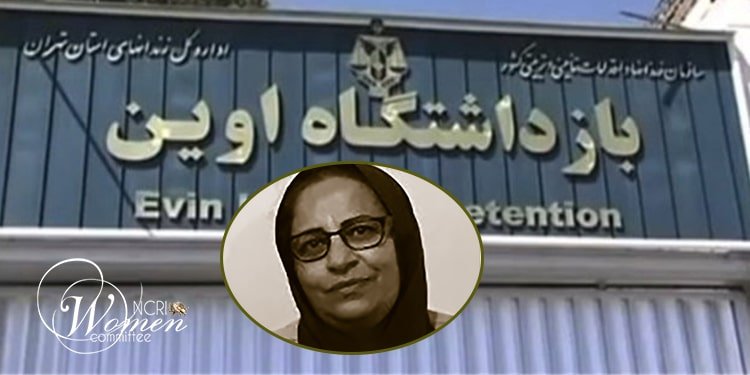 Political prisoner Zahra Safaei was transferred to a civic hospital at 1.30 a.m. on Wednesday, July 27, 2022, due to deteriorating health.

Zahra Safaei was recently transferred from Qarchak Prison to Evin to a room with conditions worse than the conditions in Qarchak.

Political prisoner Zahra Safaei was taken to the hospital with back and chest pain, sweating, and a reddened face. Zahra Safaei’s deteriorating health made prison authorities send her to a hospital outside Evin Prison.

An informed source said Mrs. Safaei’s family is very concerned as they remain in the dark about her health.

A source close to the Safaei family said: “After the surgery, the doctor ordered a monthly check-up for Zahra, but the prescription was carried out only twice over the past year. The same delay in the last examination in May made the doctor angry. He warned about Mrs. Safaei’s health condition. Also, after the surgery, she received her needed medicines for only three months.”

On July 12, political prisoner Zahra Safaei and her daughter, Parastoo Moini, held a sit-in protest in Qarchak Prison from morning until 1:30 p.m. Mrs. Safaei’s condition worsened due to nervous pressure, and she was transferred to the Qarchak Prison dispensary.

On the morning of that day, the security atmosphere was tense in Qarchak. All the political prisoners detained in ward 8 were ordered to take their belongings and get ready to be transferred.