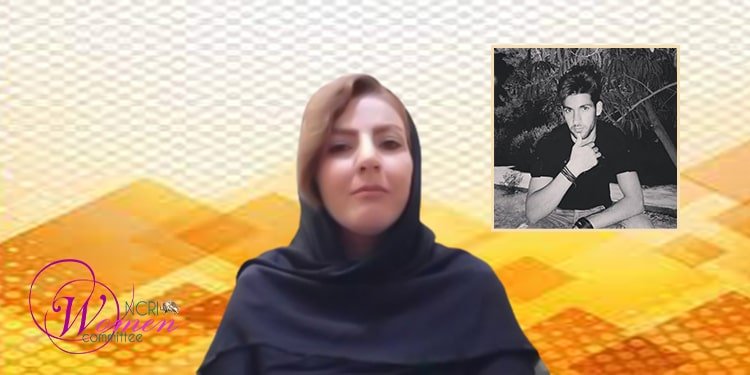 Ansarifar family brutalized in vicious raid on their home

Some 30 security forces stormed the residence of the Ansarifar family in Behbahan on July 27, 2022. They had a warrant to arrest Farzaneh, but she was not home. Instead, they took her younger brother, Omid Ansarifar, with them.

In a Twitter post, Farzaneh wrote about the raid on the residence of the Ansarifar family: “They beat and attacked my family while my father and brother, Arman, are in prison. They kill the son and imprison the fathers, mothers, and siblings for seeking justice (for their loved ones). This is justice under the Islamic Republic!!!”

She added in her post, “In November 2019, they killed my brother, Farzad Ansarifar. They sentenced me to 4 years and six months for seeking justice. My father, Amin Ansarifar, and my brother, Arman Ansarifar, have both been sentenced to 3 months in prison and banned from leaving the country for five years. My father and brother are in captivity now. They are oppressing my family, and I want you to be our voice.”

On July 27, 2022, Javad Heydarian, a relative of the Ansarifar family, wrote on his Twitter account: “Thirty agents climbed up the walls and stormed my aunt’s residence to arrest Farzaneh Ansarifar. My aunt was home with her youngest son and grandchildren. Without a warrant, they arrested her youngest son, Omid, and beat the young children. My aunt, Farzad Ansarifar’s mother, went unconscious due to the shock of this incident.”

Behbahan was one of the hotbeds of protest in the southwestern province of Khuzestan during the November 2019 uprising. Farzad Ansarifar was killed by security forces during the crackdown on November 2019 protests in this city. Hundreds of protesters were arrested and imprisoned in the Prison of Behbahan, notorious for its substandard conditions and hot weather.

Farzaneh Ansarifar faces a fabricated case and trumped-up charges examined in the First Branch of the Revolutionary Court of Mahshahr.

Security forces of Behbahan arrested Farzaneh Ansarifar during a peaceful protest on July 16, 2020. She spent nine days in detention in the Sepidar Prison of Ahvaz. The judicial authorities have kept her case open to intimidate and terrorize her.

Ms. Ansarifar published a post about the case fabricated against her in her account. The post reads, “The authorities did not send us written summons, and the court did not convene. We had not committed any crime. They arrested me in a place far from the place of the protest. Every month, they summon me or send me a summon. Now, they have put into action the threat they made several days ago. They sent my case to the Revolutionary Court of Mahshahr to rule on a crime I had not committed. Is this justice?”

In another part, she wrote: “They killed my brother, set fire to my house and car, and put me in jail for nine days in the Sepidar Prison of Ahvaz for the crime I had not committed.”

Farzaneh Ansarifar is accused of “insulting the (supreme) leader,” “propaganda against the state,” “inciting public opinion,” and “interviewing with foreign media.”

On her brother’s death, Ms. Ansarifar had previously declared: “Farzad was shot in the back on November 16, 2019. Farzad used to work all the time. He was a worker and wanted to help our father, who was maimed in the war. So long as I live, I seek justice for the unjust killing of my brother. For what crime did you kill him?”