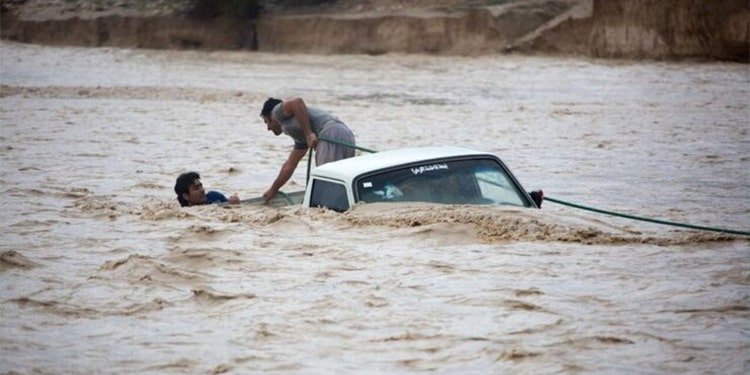 Women and children were killed in Iran floods in 17 provinces, including Hormozgan, Sistan and Baluchestan, and Tehran. Two little girls drowned in flashfloods in Hormozgan province, southern Iran.

Four decades of the mullahs’ predatory rule have destroyed Iran’s infrastructures, leaving the people of Iran defenseless against natural disasters. They face a new disaster every day.

The Iranian regime authorities in Sistan and Baluchestan Province have reported three deaths and damages to 51 residential units following the Iran floods.

Flash floods in Hormozgan took away two little girls. The Governor of Goharan Bashagard announced the two girls, ages 8 and 14 from Posman village, fell into deep water and lost their lives after entering the seasonal river. (The state-run khabarfoori.com – July 26, 2022)

The Meteorological Organization issued a red warning and announced that the provinces of Sistan and Baluchestan, Hormozgan, Fars, Kerman, Yazd, and South Khorasan would be affected by Iran floods.

On Wednesday night, July 27, 2022, heavy showers in Tehran Province caused landslides, flashfloods, and the accumulation of mud in several parts of this province. Imamzadeh Davoud was among the affected regions.

On July 28, 2022, the state-run Tabnak.ir reported six deaths and nine injuries due to landslides. Many are still missing, and their identities have not been established yet.

The official IRNA news agency also reported heavy rains in Damavand. Many surrounding villages were damaged in the Iran floods in Damavand. The first victims of the floods in these deprived villages are women and their children.

Two young women, Sheklieh Paritash, 19, and Parvin Rahmandoust, 27, drowned in the flash floods that ran over a village in Sistan and Baluchestan due to unfavorable weather conditions. The two women slipped into a ditch and lost their lives. (The state-run khabarfori.com telegram – July 27, 2022)

No family visitation for Sakineh Parvaneh in Vakilabad Prison