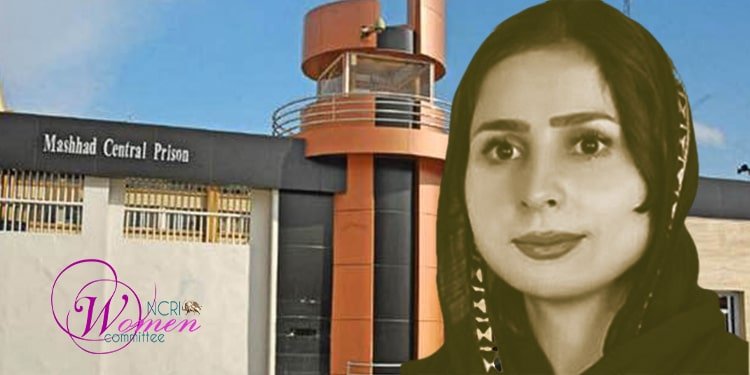 No family visitation for Sakineh Parvaneh in Vakilabad Prison

Sakineh Parvaneh cannot receive family visitation at Vakilabad Prison due to being far away from her hometown. The following report will review the situation of Political Prisoner Sakineh Parvaneh in Mashhad Central Prison.

Political prisoner Sakineh Parvaneh was transferred to the women’s ward in Vakilabad Prison in Mashhad in December 2020. She has been banned from calling her family for eight months.

Interrogators of the Islamic Revolutionary Guards Corps (IRGC) would summon her to the Prison’s Head Office almost monthly to be interrogated as the Head of Prison was absent. The interrogators aimed to obtain a forced confession from Sakineh.

But each time, Ms. Parvaneh refused to make any forced confession. Consequently, she faced denial of leave and parole.

The IRGC’s intelligence agents had pressured Sakineh Parvaneh to extract false confessions from her forcibly. They had beaten her so the torture signs could be seen on her face, toes, and toenails.

A source knowledgeable about Sakineh Parvaneh’s case said, “Ms. Parvaneh was told that if she were to be permitted to visit her family, it would only be possible in the presence of the IRGC intelligence agents.”

Sakineh Parvaneh was taken from Quchan Prison, in northeastern Iran, on December 13, 2020, to the Public and Revolutionary Prosecutor’s Office of Mashhad and placed in the Central Prison of Mashhad’s quarantine ward the next day.

Kurdish political prisoner Sakineh Parvaneh was deprived of family visitation while she was incarcerated in the Prison of Quchan.

Sakineh Parvaneh was born in 1988. In early autumn of 2019, security agents arrested her because she had visited her family in Soleimaniya, in the Kurdistan of Iraq. They took her to the Iran-Iraq border. She was detained for ten days in the detention centers of Marivan and Sanandaj. She was subsequently transferred to the Evin Prison in Tehran.

She underwent harsh interrogations under psychological and physical torture in Ward 2A, Ward 209, and the women’s ward of Evin. During this time, she was deprived of having visitations.

In March 2020, after she wrote graffiti on the walls of Evin, she was sent to the notorious Qarchak Prison, where she was detained in solitary confinement for four days with handcuffs and foot cuffs. Then, prison guards took her to Aminabad Psychiatric Hospital in Shahr-e Rey. After 25 days in Aminabad, female political prisoner Sakineh Parvaneh was returned to the quarantine ward of Qarchak Prison.

On May 25, 2020, she went on hunger strike to protest being sentenced to 5 years in prison, banned for two years from membership in political groups, and detained in conditions where the category of their crimes did not separate prisoners.

On July 4, 2020, she was returned to Evin Prison while she bore scars and bruises from being beaten. In August, she was sentenced to another two years for “rioting in prison.”

On October 27, 2020, she was relocated from the women’s ward of Evin to the Prison of Quchan. Last month, she sewed her lips and went on hunger strike for 20 days in protest of the probability of being banished to the Prison of Isfahan. But in these same conditions, she was brutalized and beaten by guards.