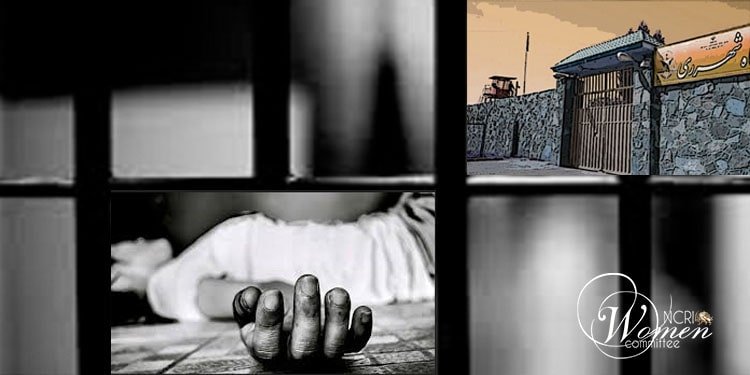 Somayyeh Hashemi, imprisoned in Ward 3 of Qarchak Prison, died from a drug overdose over the past week.

Ward 3 of the notorious Qarchak Prison is where inmates convicted of robbery or drug-related offenses are detained. Somayyeh Hashemi died of a drug overdose in the same ward.

Some prison staff and officials who are not searched on arrival bring in the narcotic drugs. They sell the drugs at high prices to the drug dealers in prison, and eventually, the drug is sold to female prisoners.

Saeed Omrani, the prosecutor’s deputy for judicial affairs, had tried to justify the criminal conduct earlier. He said, “The entry of drugs into prisons is common all over the world, and whatever is done to counter it, we cannot say that we have succeeded 100 percent.” (The state-run snn.ir – November 10, 2021)

Nevertheless, those responsible for entering drugs into prisons are the prison officials and guards who gain a lot of money.

Azam Pakdel died of stomach cancer in the women’s ward of Vakilabad Prison in Mashhad on Sunday, July 24, 2022, due to a lack of medical attention.

Azam Pakdel, 40, was taken to the prison’s hospital on Saturday night, July 23, in critical condition. But she was examined in the hospital as an outpatient and returned to the ward.

She was last taken to the hospital on July 23, 2022. Her condition had worsened, and when she was returned to the prison without being treated, she died.

Azam Pakdel had been detained in the women’s ward of Vakilabad for three years on drug-related charges.