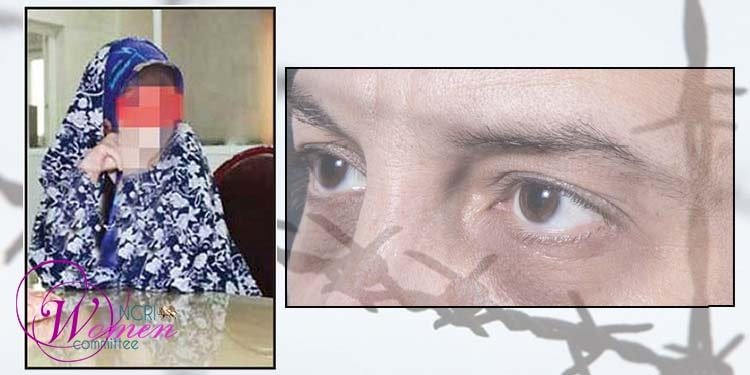 The verdict for blinding a woman has been passed to the Implementation of the Verdicts Unit. The woman is waiting in prison for her sentence to be carried out.

The state-run Hamshahri newspaper wrote on August 1, 2022, that a woman and two men would be blinded.

According to Hamshahri, the judges of the Supreme Court approved the retribution sentence (Qesas) for a young woman from one of the cities of Kermanshah province. Since it is impossible to carry out the sentence in Kermanshah, the third branch of the Implementation of Verdicts Unit of Tehran’s Criminal Prosecutor’s Office will do it.

This is not the first time the mullahs’ regime has issued inhuman sentences. Cruel and inhuman punishments are institutionalized in the regime’s laws.

Articles 269 to 293 of the third book of the Islamic Penal Code describe all the conditions of retribution.

In May 2020, the fifth branch of the Razavi Khorasan Province’s Criminal Court sentenced a woman to the blinding of both eyes. The victim was a 30-year-old woman, identified only as F.M.

Ebrahim Raisi, known as the henchman of 1988, completed his first year of the presidency with a dark record of systematic violation of human rights. Under his tenure, the regime has stepped up executions and suppression in an unprecedented manner.

A year into his presidency, which began on August 3, at least 521 prisoners were executed, including 22 women and six minors.

In the final ten days of July, 33 prisoners were hanged, and public executions resumed.

At least seven prisoners were killed under torture in the past year. Most victims were accused of drug trafficking, whereas the IRGC and Hezbollah control the massive drug trade and its transit outside Iran.

In the same period, one prisoner died due to a hunger strike, and several prisoners passed away because of the delay in their treatment.

Several other prisoners, including a Sunni cleric, died under suspicious circumstances. Several prisoners were executed after enduring imprisonment, sometimes up to 20 years.

Retribution sentences and cruel punishments such as amputation of fingers and blinding have increased since Ebrahim Raisi took office.

The regime violates the international covenant it signed

The clerical regime is one of the signatories of the International Covenant on Political and Civil Rights. It is legally obliged to prohibit all forms of torture and other cruel, inhuman, and degrading punishments.

The regulations for implementing physical punishments such as amputation in Iran require the presence of a doctor to evaluate and carry out the sentence. The rules directly violate ethical guidelines and international human rights standards, which expressly prohibit the involvement of health care providers in torture and other ill-treatment.

Cruel punishments such as blinding are inhuman and not considered justice. Blinding, like stoning, amputation, and flogging, is a form of physical punishment that is prohibited according to international law. Such punishments should not be implemented under any circumstances.

The United Nations Convention against Torture and Cruel and Inhumane Punishment is an international human rights guideline for the prevention of torture and other cruel and inhumane punishment laws worldwide. So far, 159 countries have joined this convention, but Iran’s regime is not among these countries.