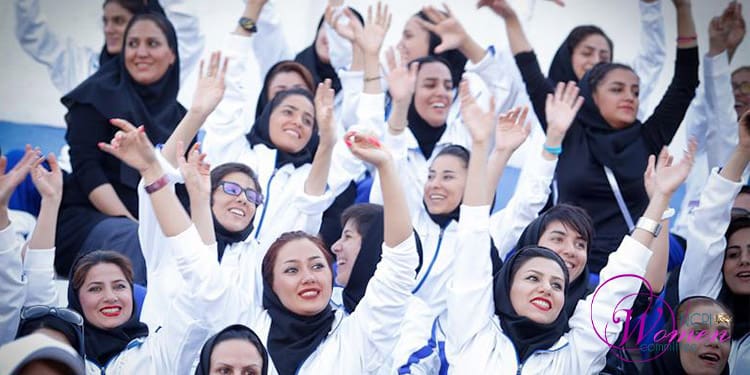 Youth is the glorious time in the life of every human being that is never repeated, and it is filled with laughter and happiness. Valuing young people and their talents leads to the improvement of society and growth. Therefore, every young person should have the opportunity to use this period of his or her life properly. However, this has become an impossible dream for Iranian girls and youths under the mullahs’ dictatorship.

A brief look at the condition of Iranian girls and youths through several statistics shows the chaotic and hopeless condition of the young population in Iran. This is while the population of Iran is over 17 million people. (The state-run Mehr News Agency – May 2, 2021)

Delbari, Tehran’s General Director of Welfare, stated: “Twelve million people in our country are between the ages of 15 to 29 years old. The National Statistics Center announced on August 7, 2022, that 50 percent of the population (which is more than 40 million people) are under 30 years old.”

According to the United Nations World Happiness Report on April 2022, Iran ranks 110th among 146 countries in the index.

Gallup Institute report, April 2022: “Iran is one of the ten unhappiest countries in the world.”

Killing the talents of Iranian girls and youths

Statistical Center of Iran: The average annual figure for brain drain in Iran is around 180,000 people.

Iran ranks first among 91 developing or underdeveloped countries with regards to brain drain. (The International Monetary Fund- reported in 2009)

Sixty-three percent of Iranian Olympiad medalist students have emigrated from Iran within 14 years. (The International Monetary Fund- reported in 2009)

The brain drain in the last few years has harmed the country’s economy 300 times more than the Iran-Iraq war. (The state-run Arman Newspaper- January 21, 2021)

Hijab, a tool for continuous suppression of Iranian girls and youths

On the eve of the first year of Raisi’s government, to divert people’s minds from the deteriorating economic condition and the ever-increasing cost in the country, on the 5th of July, he ordered the re-implementation of the “Strategies for the Promotion of Chastity Culture” bill.

By this means Raisi again used the tool of repression under the pretext of veiling against Iranian girls and youths.

Chastity and Hijab basecamps were formed. But this time, in addition to the repressive patrols called the guidance patrols, he also threatened the heads of departments to fire any employee who doesn’t wear the hijab correctly.

He also demanded to prevent the provision of administrative, banking, and medical services to women without Hijab, and in some cities, he also announced a ban on their entry to metro stations and airports.

Ayatollah Mohammad Ostevar Maimandi, the director of Fars Seminary stated: “Our fear is that not wearing the Hijab will soon become a social sin. Walking dogs, not wearing a Hijab, and the phenomenon of women riding bicycles in public is against the law.” (The state-run Mardom Salari Newspaper-June 25, 2022)

Teenagers gathered in Shiraz on the International Skateboarding Day

Iranian girls and youths have always shown that they want freedom in choosing their own clothing and do not tolerate compulsion.

On the first of July this year, Shirazi teenagers gathered in Chamran Blvd. on International Skateboarding Day. Many teenage girls without Hijab were present in this gathering.

This gathering was very aggressive for the regime that considers the Hijab compulsory for girls and women and uses it as a tool to suppress society, because according to the laws of the mullah’s regime, not wearing a Hijab is a crime.

As a result, the regime dismissed and prosecuted the organizers of this program and made speeches against them in the Friday prayers.

Faraj Shojaei, Commander of the State Security Force in Shiraz, said in this regard: “This act was a crime against the law. According to the police, holding any mixed gender sports or non-sports gathering without observing Sharia and legal standards is prohibited and is against the regulations, and the organizers will be dealt with.” (The state-run Mardom Salari Newspaper-June 25, 2022)

Sealing and shutting down twenty cafes in Shiraz

In another repressive action, in July of this year, about 20 popular cafes in Shiraz were sealed or shut down. These cafes were the main meeting places for teenagers and young people of Shiraz, which were shut down by the order of the Shiraz Residential Administration.

One of the café owners said: “They came and closed my cafe without any official letter or reason. They just announced that this is temporary, and we have no idea when it will be finished.” (The state-run Shahrvand Newspaper – July 2, 2022)

Unemployment, lack of future, and increasing suicide among Iranian girls and youths

Unemployment and the lack of a future are one of the main reasons for depression for Iranian girls and youths.

The existence of four million absolute unemployed people in Iran, the majority of whom are young people, is indicative of the bleak future that the young people of Iran are facing. (The state-run Rokna News Agency-September 25, 2021)

On average, fifteen girls are killed every day who throw themselves from elevators, bridges, and rooftops. Most suicides are between the ages of 12 and 18. The number of girls who commit suicide is more than boys. (The state-run Jahan-e Sanat newspaper – October 4, 2021)

Gender segregation and discrimination against Iranian girls and women

Iranian girls and women face discriminatory laws and widespread oppression in all fields. These laws are institutionalized in the fields of work, employment, education, family, political, social, and economic activities.

In an action in line with gender segregation, the Deputy Minister of Education announced the ban on male teachers teaching in all girls’ high schools.

Mohammad Mehdi Kazemi said in an interview with the state-run Fars news agency: “We issued a statement on May 18, 2022, about banning male teachers from teaching in girls’ schools. This statement is based on Article 3, the executive regulations of schools, which was approved last year; Because schools are established by gender, and it is necessary to match the gender of school staff with students.” (The state-run Aftab Newspaper-June 26, 2022)

In addition to being deprived of many rights and facing discrimination in all areas of life, Iranian teenage girls are also victims of the evil phenomenon of human trafficking. The age of trafficking Iranian girls has reached less than 14 years. Human trade in Iran is done by land, air, and sea. Iran has surpassed Eastern and European countries in the field of trafficking 14-year-old girls. (The Scientific Quarterly Journal of Police in East Tehran-February 2021)

It should be noted that human trafficking gangs in Iran are basically affiliated with government institutions.

The number of runaway girls in Iran has increased over the past two years. (The state-run Jahan-e Sanat Newspaper – October 4, 2021)

The culture of misogyny promoted by the mullahs’ regime in the Iranian society leads to comprehensive and severe restrictions for teenage girls at home and in their families. Many of them are the targets of violence from their fathers and brothers.

Adolescent girls leave home to get rid of this dilemma, but in a society where there is no support and shelter for harmed and hurt women and girls, they face darkness.

Runaway girls are never the cause, but the effect of the problems that they face, and how they are hurt and harmed makes them to run away.

Factors such as the institutionalization of misogynist laws, violence, pressure, family restrictions, prohibition of certain demands, physical and sexual abuses, humiliation, the exclusion from the family are just a few reasons among run-away girls.

The light of hope

The opposite side of tyranny, dictatorship, and fundamentalism in Iran is resistance to freedom. A flame that has never been extinguished.

From the day after the establishment of the religious tyranny in Iran, Iranian girls and youths have followed the path of resistance and the young generation has paid the price of freedom with their blood.

In the bloody massacre of 1988, a generation of Iranian girls and youths were hanged with courage and bravery on the way to freedom.

In the uprisings of 2009, 2018, and 2019, the young generation of Iran displayed enormous courage and resistance on the streets of Iran against the mullahs’ tyranny.

Today, the flame and light of resistance are still crystallized in Iranian girls and youths. Because of their bravery, today the resistance units have kept the flame of resistance and struggle alive against the religious fundamentalist regime and the light of hope in the oppressed society of Iran.

These wonderful resistance units want to make Iran be based on people’s sovereignty. A free Iran with equal opportunities for the growth and development of all Iranian girls and youths.